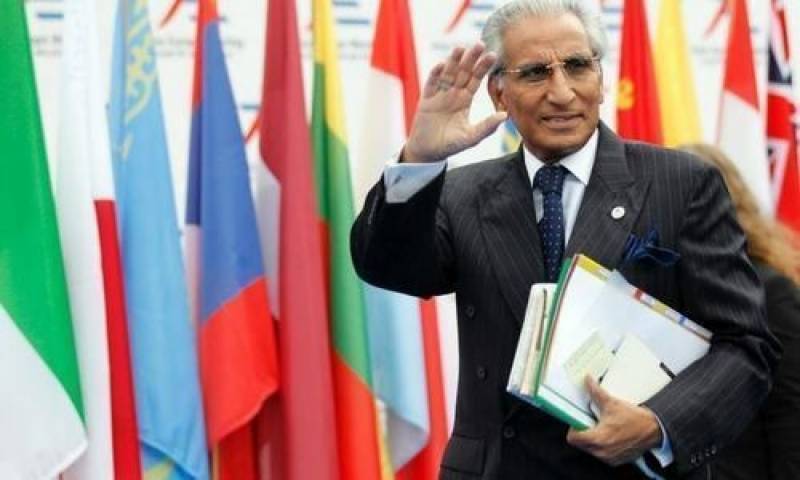 The development comes a day after the appointment of the former diplomat as SAPM on foreign affairs.

As per a notification issued by the Cabinet Division, Fatemi will continue to serve as an PM while no other portfolio has been announced for him.

"In partial modification of this Division's earlier notification of even number dated April 20, 2022, the prime minister, in terms of rule 4(6) of the Rules of Business, 1973, read with serial number 1A of Schedule V-A of the said Rules, has been please to appoint Syed Tariq Fatemi as 'Special Assistant to the Prime Minister' and grant him the status of minister of state," read the notification.

According to sources, the U-turn was taken after reservations were expressed by relevant authorities since Fatemi's role had remained in the spotlight during the Dawn leaks scandal.

Similarly, the decision did not go down well with the Pakistan Peoples Party (PPP), which has been given the portfolio of the foreign ministry.

Tariq Fatemi served as SAPM from 2013 to 2017, when he was removed from office as a result of the Dawn leaks inquiry.