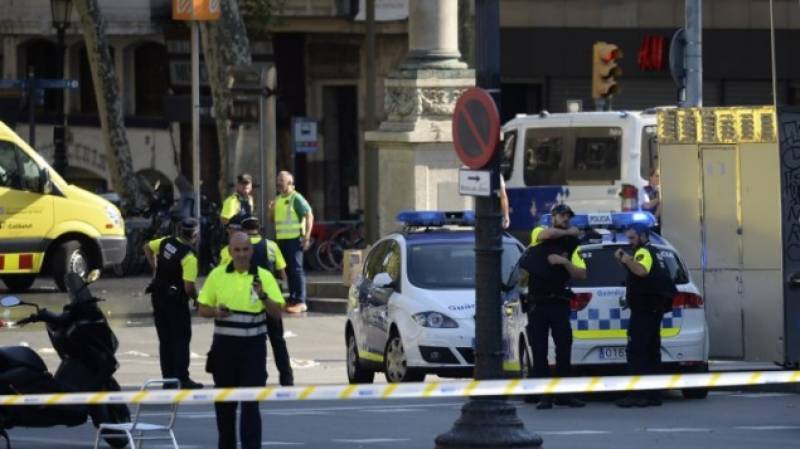 Barcelona (Reuters): Spain asked the rest of Europe to join the hunt for a young man thought to have been the driver in last week's deadly van attack in Barcelona as police said on Monday that he had also hijacked a car and killed its occupant during his escape.

After driving at high speed into crowds on the city's famous avenue Las Ramblas last Thursday, killing 13 people, the suspected Islamist militant fled on foot and then hijacked the car as it was being parked, stabbing the driver to death, police said.

The suspect, Moroccan-born Younes Abouyaaqoub, 22, then drove the hijacked car through a police checkpoint, police said. It was later found abandoned, with the man's body inside.

Spanish magistrates have sought a Europe-wide arrest warrant for Abouyaaqoub, a judicial source said. Police say he may have crossed the border into France, amid fragments of evidence that appear to link the Barcelona attack's plotters to the country.

"We have no evidence that he crossed the border, we don't think it would have been easy but we cannot rule out that he didn't cross any border," Josep Lluis Trapero, head of regional police in Catalonia, told a news conference.

Abouyaaqoub is the only one of 12 men who is still at large. His mother, Hannou Ghanimi, appealed at the weekend for her son to give himself, saying she would rather see him in prison than end up dead.