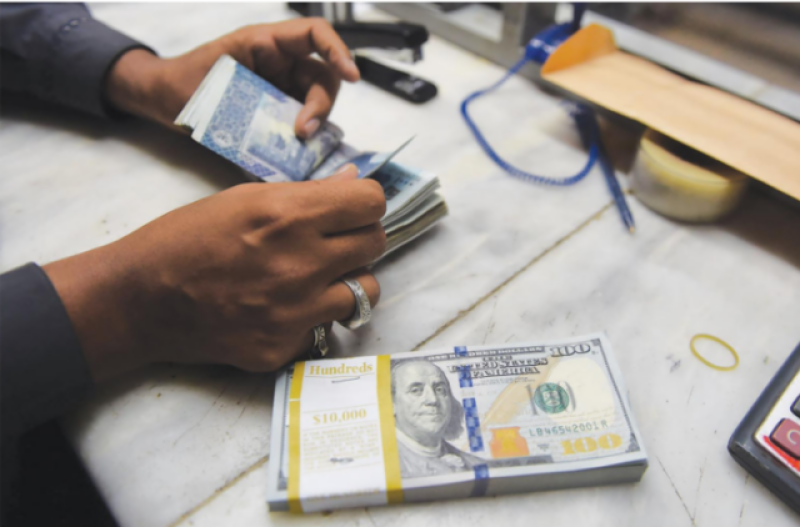 Lahore (Web Desk): Exchange companies are reportedly making money while overcharging 4 to 5 % fee extra on conversion of old design US $100 note with new one or with Pakistan Rupees or any other currency.

According to details, this step is becoming the cause of inconvenience, losses and additional cost of doing business to small traders especially importers, tour operators and a significant section of public.

These Exchange companies further advise the public that if they are not willing to pay 3 to 4 percent fee, they can take these dollars with them to Dubai or any other country where these dollars are acceptable as per market value but in Pakistan, they will have to pay an additional fee.

Karachi Chamber of Commerce and Industry (KCCI) revealed that nowadays it is constantly receiving many complaints from its members who are being offered 3 to 4 percent less exchange rate against the current market value in case they bear old-design notes.

President of the KCCI, Shamim Ahmed Firpo has urged the State Bank of Pakistan (SBP) to take strict action against Exchange Companies involved in this illegal practice.

He said, Exchange Companies (ECs) reluctant convert the old-design US$100 notes and were charging 3 to 4 percent fee to exchange the old bills with the new ones or convert them into Pakistani rupee, which is highly unfair, totally illegal and sheer looting by the Exchange Companies.

Adding that the Central Bank must to take action against the cartel of Exchange Companies, responsible for creating a strange situation and triggering anxiety amongst the public he asked, “When the old-design notes are acceptable all over the world then why ECs are reluctant to exchange the same in Pakistan.”

President KCCI said that it has also come to our knowledge that moneychangers buy old-design notes at a cheaper price and manage to exchange the same in Dubai without incurring any cost and thus make a heavy profit.

According to him, Old- and new-design dollar bills are legal tender and remain acceptable around the world whereas the new-design notes were not something new as these were introduced some five years back but the issue of old and new-design bills keeps resurfacing in Pakistan after intervals as a similar incident took place in January this year and now in August.

The moneychangers who charge 3 to 4 percent fee for exchanging each $100 bill accuse the banks while the banks usually deny these accusations. Therefore, the State Bank, being a well-organized, vigilant and an efficient regulator, has to thoroughly review the entire situation and take action against those responsible for causing loss to the masses, Shamim Firpo said.