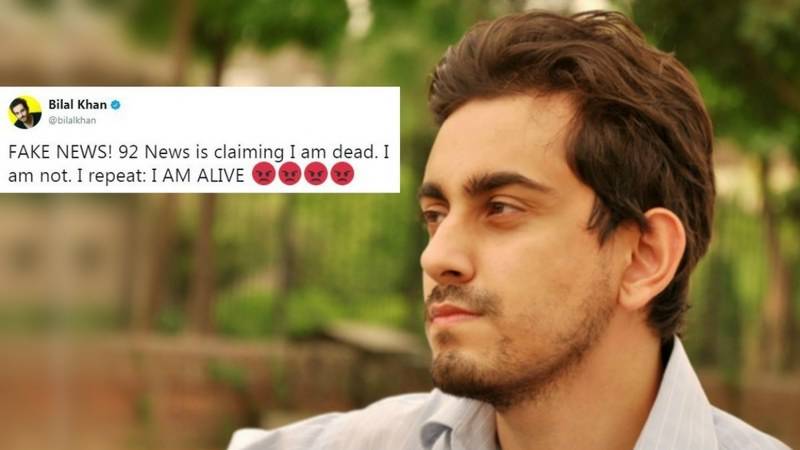 Karachi (Web Desk): Bilal Khan himself has tweeted in order to inform that he is not dead but very much alive.

According to details, the singer is the latest victim of fake news as he was proclaimed dead by a local newspaper - ‘92 News’.

The newspaper published an article on Pakistani artists who passed away at the peak of their careers. The list included singers Nazia Hassan (2000), Amjad Sabri (2016) and actor Bilal Khan (2010), except they put the picture of the wrong Bilal Khan in their piece.

While there was an actor by the name of Bilal Khan who has indeed passed away, the article featured a picture of the 'Bachana' singer. Who, upon finding out about his demise, surprising!

So in order to call out the news channel for publishing false news, the actor took to social media.