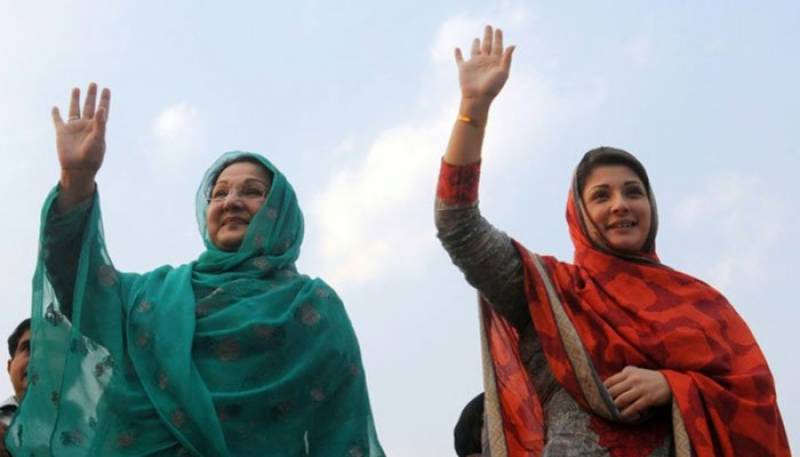 According to details, Pakistan Tehreek-i-Insaf (PTI) and Pakistan Awami Tehreek (PAT) had filed appeals before a tribunal of the high court, challenging the acceptance of Kulsoom's nomination papers two days after they were filed at the Lahore office of Election Commission of Pakistan.

The PPP also filedpetition against her on the basis that Kulsoom did not disclose the agreement for a United Arab Emirates iqama (work permit) attached with her nomination papers while Kulsoom had submitted her work permit as deputy chairman of the FZE Company, she had failed to furnish the salary and employment agreement against which the permit was issued.

The lawyers maintained that in her nomination papers, the wife of former Prime Minister Nawaz Sharif had declared herself to be a dependent of her husband despite being a shareholder in several companies.

They further argued that Kulsoom had failed to pay her income taxes and that she had not declared the household items and furniture of her Murree residence.

According to the lawyers, a treason case against the PML-N candidate is also registered in the Sindh High Court.

In response, the tribunal asked the lawyers to present proof that such a case is registered against Kulsoom. The tribunal also differentiated between the owner of a company and a shareholder.

The tribunal said, dismissing all appeals challenging Kulsoom's candidacy, "A person cannot be declared a criminal just through allegations."

The NA-120 by-election is scheduled to take place on September 17. The parliamentary seat had fallen vacant after Nawaz was disqualified under Article 62 of the Constitution in the Panamagate case by the Supreme Court.