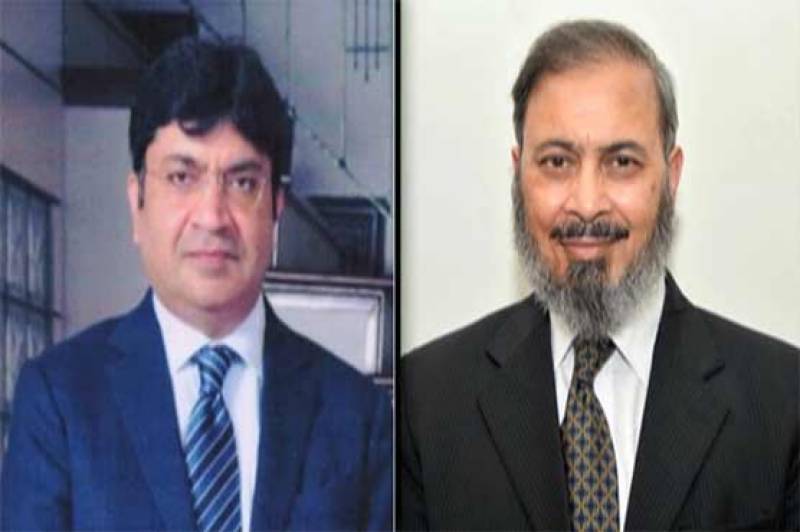 Apart from Javed Kiani and Saeed Ahmed, who recorded their statement before the six-member Joint Investigation Team (JIT), Finance Minister Ishaq Dar has also been summoned tomorrow to record his statement.

Earlier, on Sunday, the team, headed by NAB Lahore Director General Shehzad Saleem, had also summoned Nawaz Sharif and his sons but they did not show up.

According to sources privy to the developments, Sharifs did not give a hoot to NAB taking the plea that a review petition against Nawaz Sharif’s disqualification had been filed in the apex court.

‘My client Mian Muhammad Nawaz Sharif has been apprised of the above-cited notice today and instructed me to convey his inability to appear before the Combined Investigation Team as has already filed a review petition against the judgment dated 28.07.2017,’ read the letter forwarded by Nawaz Sharif.

The bureau had written to the Supreme Court, a day earlier, seeking permission to record the statements of members of Panama case Joint Investigation Team (JIT), the sources reported.

The initiation of NAB references follows the judgment of the top court on July 28 in which Nawaz Sharif was disqualified as prime minister for concealing his employment with Capital FZE, a firm owned by his son Hassan.

According to details of order, that changed the political landscape of the country with Shahid Khaqan Abbasi assuming the charge of chief executive, the top court also requested the Chief Justice of Pakistan Nsairul Mul to appoint a monitoring judge to oversee proceedings of NAB and the accountability court.

A member of the Panama case bench as well as the special implementation bench former later, Justice Ijazul Ahsan was made the monitoring judge by the Supreme Court.