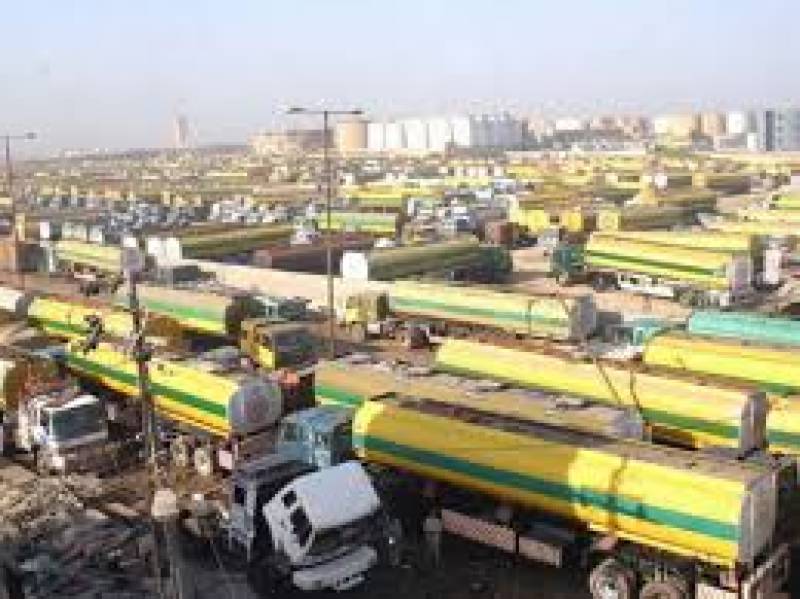 Lahore (Web Desk): There is no strike of Oil Tankers Association today. Petroleum supplies are as usual.

According to details, this was decided in a meeting with Governor Sindh Muhammad Zubair and Oil Tanker Owners Association and Oil Tanker Contractor Association, who met with and on the assurance of the Sindh Governor, decided to call off the strike due on Monday 21, 2017.

Both associations highlighted the issues related to various departments, during the meeting. They presented a list grievances against Sales Tax, Motor way Police, Oil and Gas Regulatory Authority, Pakistan State Oil and other related departments.

“All related matters will be resolved via dialogue,” Governor Sindh assured the delegation. There is no need to go on strike and disturb public life and economy, he added.

Governor Sindh asked the Prime Minister’s Economic Adviser Miftha Ismail to look over all the issues and resolve them as soon as possible.

After the discussion, President Oil Tanker Contractor Association Ismail Babar told that their association was not in favor of a strike.

Baber added, “We believe that all the matters will be resolved on table. We demand time for Land and Axle upgradration .”