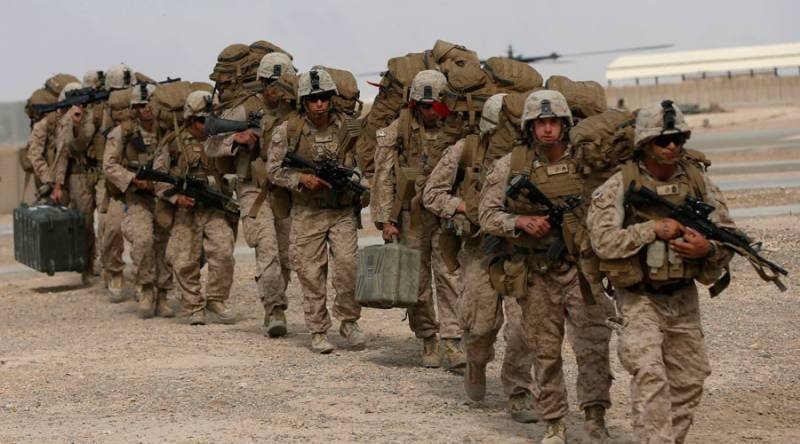 Washington (Reuters): President Donald Trump is likely to announce a modest increase in US troop numbers in Afghanistan when he lays out his strategy on Monday for the war there, America's longest military conflict, a senior administration official said.

Trump will give a prime-time address to the nation at 9 p.m. (0100 GMT, Tuesday) to detail his view of the US role in Afghanistan, an issue that vexed his two predecessors.

With Taliban insurgent forces no nearer to defeat, the most likely outcome is that Trump will agree to sending more US forces as recommended by his senior advisers, the official said. Current US troop numbers are about 8,400.

Trump has long been skeptical of how the United States is fighting the war in Afghanistan, which was launched by President George W. Bush in October 2001 after the Sept. 11 attacks on New York and Washington. Trump announced a strategic review soon after taking office in January and has privately questioned whether sending more troops is wise, US officials said.

"We're not winning," he told advisers in a July meeting, questioning whether US Army General John Nicholson, who leads US and international forces in Afghanistan, should be fired, an official said.

Earlier this year, Trump gave Mattis the authority to set troop levels in Afghanistan, opening the door for future increases requested by Nicholson. The general said in February he needed "a few thousand" additional forces, some potentially drawn from US allies.

The United States invaded Afghanistan and overthrew the Taliban government for harboring al Qaeda militants as they plotted the Sept. 11 attacks. But US forces have remained bogged down there through the presidencies of Bush, Barack Obama and now Trump.