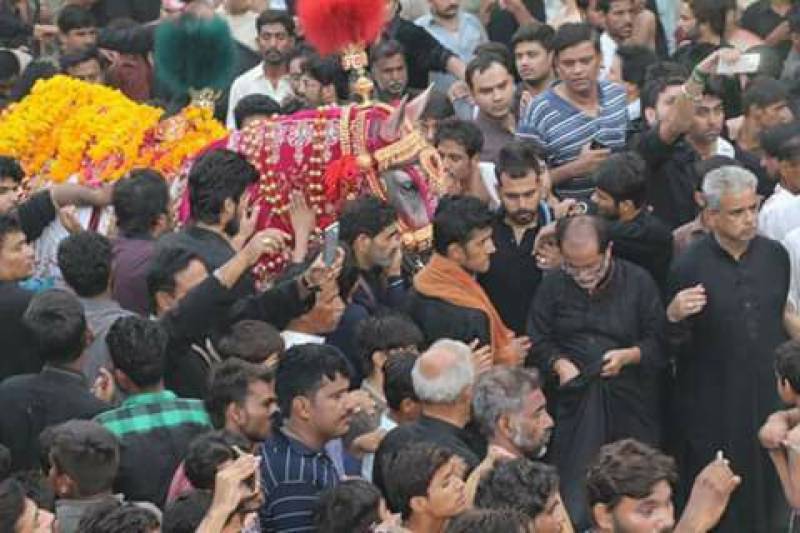 Lahore (Web Desk): The Punjab government has issued a list of standard operating procedures (SOPs) aimed to prevent the spread of COVID-19 during the gatherings and processions of Muharram.

According to Secretary Primary and Secondary Health Care Capt (R) Muhammad Usman, the SOPs must be implemented during gatherings and processions to control the spread of the virus.

He said the virus can spread by tiny particles released by an infected person coughing, sneezing or speaking.

The secretary said arrangements should be made for hand washing, sanitisers, tissues and bins during majalis, adding that people should avoid touching anything unnecessarily.

As per the notification issued by the provincial government, people must carry sanitisers with them at all times during majalis, processions and other activities.

It is mandatory for people to wear face masks during processions.

Only Zakirins who test negative for Covid-19 can address majalis and the district administration must arrange free testing for Zakirins.

The notification said that the majalis hall should not contain more than 50 per cent of the total capacity and adequate ventilation should be provided in rooms.

Children, elderly and people with chronic illnesses are not allowed to attend any majalis, the notification said.

Moreover, special care should be taken to disinfect the premises after each majalis and frequently used areas should be sanitised thoroughly.

On Thursday, Chairman Central Ruet-e-Hilal Committee Mufti Muneeb-ur-Rehman announced that Muharram will begin from August 21 and Yaum-e-Ashur will most likely fall on August 30.