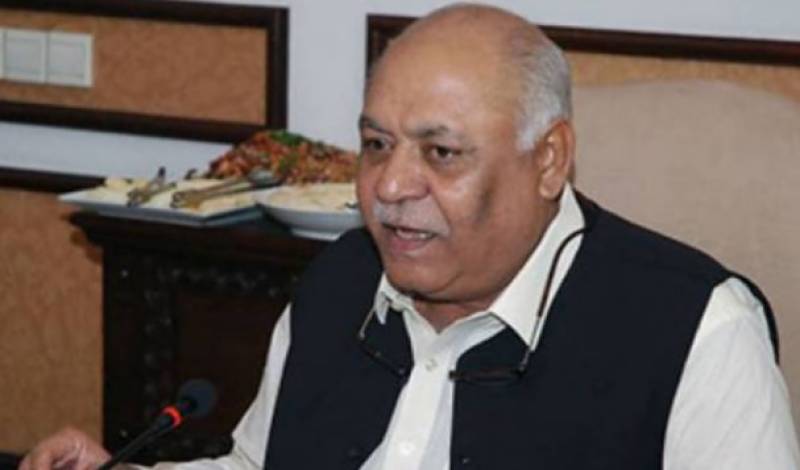 Islamabad (Web Desk): The Senate and National Assembly of Pakistan on Friday paid tribute to National Party (NP) chief Mir Hasil Khan Bizenjo who passed away in Karachi on Thursday after a prolonged battle with lung cancer.

According to details, the Senate passed a resolution, expressing deep grief and sorrow over the demise of Mir Hasil Khan Bizenjo.

The resolution moved by Leader of the Opposition Raja Zafar-ul-Haq paid a rich tribute to the political struggle of the late NP leader.

The resolution stated that Mir Hasil Khan Bizenjo was a thorough democrat, a seasoned politician, and a highly respected veteran nationalist leader. He was born in a family that played a significant role in national politics.

Throughout his political career, Senator Bizenjo raised voice for the people’s rights, but categorically opposed to the armed resistance and militancy.

The resolution said that Mir Hasil Khan Bizenjo used to believe in peaceful democratic and parliamentary ways. He was an exponent of progressive politics in Pakistan.

The House offered fateha for the departed soul of late Senator Mir Hasil Khan Bizenjo and paid rich tributes for his contribution to strengthen democracy in the country.

Speaking on the occasion, lawmakers said services and political struggle of late Mir Hasil Khan Bizenjo will always be remembered.

Paying tribute to his late colleague, Mushahid Hussain Syed of Pakistan Muslim League-Nawaz (PML-N) termed demise of Mir Hasil Khan Bizenjo as national tragedy. He said the late Senator was an upright and man of principles, setting bright examples for his followers.

Senator Mushahidullah Khan of PML-N said Mir Hasil Khan Bizenjo was one of those people, who wanted to see democracy flourishing and rule of law in the country.

Senator Sarfaraz Bugti said that the entire country was in mourning over such a huge loss and that Balochistan had been deprived of a great leader.

Meanwhile, members belonging to the opposition and treasury benches in National Assembly also paid glowing tributes to the services of Mir Hasil Khan Bizenjo for promotion of democracy.

Expressing grief and sorrow over his death, they said his death is a big loss to Pakistan and Balochistan.

They said Bizenjo was a seasoned politician and a national leader whose services will always be remembered.

The Members of the National Assembly (MNAs) said that Hasil Khan Bizenjo was a patriotic Pakistani who always spoke about the rights of smaller provinces.

They suggested that a gallery should be designated in the parliament house to recognize the services of leaders like Mir Hasil Khan Bizenjo.

The speakers said that Mir Hasil Khan Bizenjo was a major political figure who made immense contributions to the politics of the country.

At the outset, the house offered fateha for Mir Hasil Khan Bizenjo.

Later, the chair adjourned the proceedings of the house till Monday at four pm without taking up the agenda of the day in respect and memory of Mir Hasil Khan Bizenjo.

Mir Hasil Khan Bizenjo had reportedly been battling lung cancer for the past few months and admitted to Aga Khan Hospital in a critical condition in the morning.

Bizenjo served as the Minister for Maritime Affairs in Shahid Khaqan Abbasi's cabinet from 2017 to 2018.

Bizenjo had remained a consistent ally of PML-N at the Centre as well as in Balochistan since it struck a coalition deal with the party after the 2013 polls.

Senator Bizinjo was born into a family that has played a significant role in Balochistan’s politics.

His father Mir Ghous Baksh Bizenjo, who also served as Governor of Balochistan, was a nationalist leader known for his peaceful struggle to attain Baloch people’s rights within the framework of Pakistan.