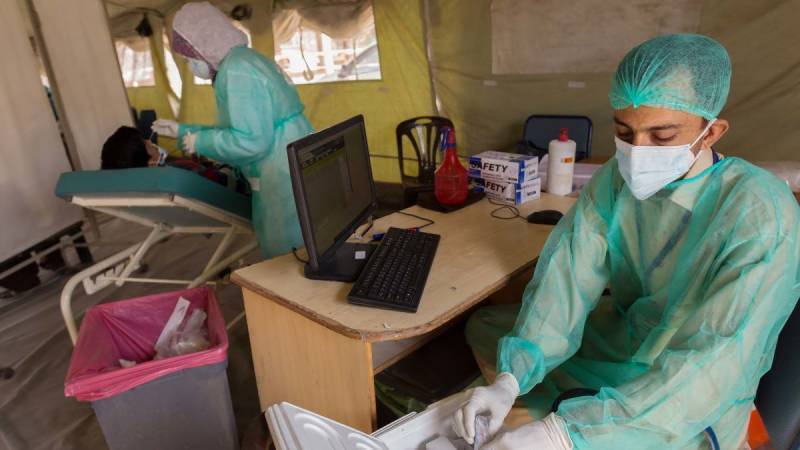 Lahore/Quetta/Karachi/Peshawar (Staff Report/Agencies): The number of confirmed COVID-19 cases rose to 1,119,970 on Saturday after 3,084 new coronavirus cases surfaced in the country during the last 24 hours.

As per the National Command and Operation Centre (NCOC) data, 53,770 tests were conducted in last 24 hours while positivity ratio remained 5.73%.

According to the government's COVID-19 portal, the death toll related to coronavirus has reached to 24,848 with 65 fatalities reported during the last 24 hours.

Over the last twenty four hours, total number of recovered COVID-19 patients across the country reached 1,006,078 after another 3,648 virus recoveries were reported.

Meanwhile, the Sindh government on Friday announced that schools across the province would remain closed for one more week.

The CM said that the extension has been made for teachers and parents of students so they could get vaccinated.

"The Sindh government had made it mandatory for schools staff to get vaccinated," Murad Ali Shah said, adding that parents would also require to show their vaccination certificates.

The provincial government had closed schools across the province on July 24 due to spike in coronvirus cases.

On August 17, Sindh Education Minister Sardar Shah had announced that the educational institutes in Sindh will resume classes from August 23.

It is pertinent to mention that the global coronavirus cases have reportedly surpassed 211.582 million and death toll tops 4,428,230.