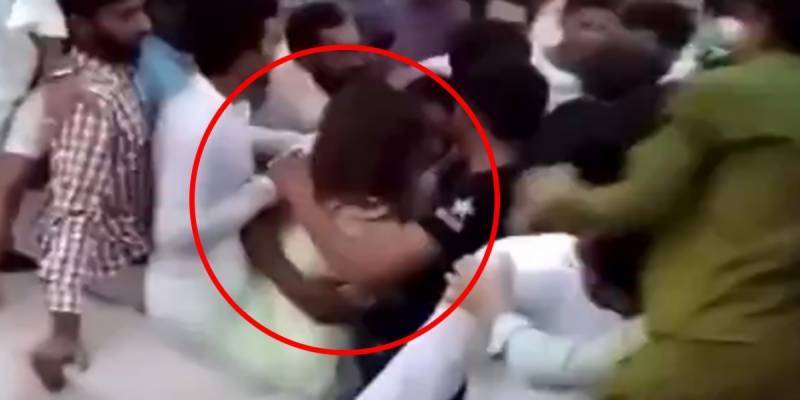 Lahore (Web Desk): At least 66 people were arrested on Saturday over their alleged involvement in the assault on a female TikToker at Lahore's Greater Iqbal Park on August 14.

According to, Deputy Inspector General (DIG) (Investigations) Shariq Jamal said that so far over 300 people were investigated in the case whereas more than 100 people were taken into custody for further questioning.

He added that their whereabouts that day were traced using geo-fencing and face matching.

Then, with "digital mobile forensics", the 66 who were found to be present on location were arrested, of which 40 were sent for an identification parade after being produced in court, he said.

Once the identification parade concludes, the investigation will be taken further, the DIG added.

Shariq said that the TikToker who was attacked and her colleagues will identify the suspects during the parade and the remaining suspects "will also be arrested soon".

Meanwhile, Special Assistant to Prime Minister (SAPM) on Political Communication Shahbaz Gill confirmed that 66 people have been arrested in connection with the incident.

Regarding another incident of the harassment of a girl in an auto-rickshaw, the SAPM said that an FIR had been registered and vowed to bring the culprits to justice soon.

On Friday, several senior police officers were removed from their positions for failing to respond in time to the public assault of a woman at Lahore's Minar-e-Pakistan on Independence Day.

“The incident of assault on a woman in Greater Iqbal Park is a shameful act which has brought shame to the society,” Fayyaz Chohan said in a statement.

He said that the accused involved in the video are being identified and will be brought to justice.

It is pertinent to mention that a video of Minar-e-Pakistan incident went viral on social media, showing hundreds of men attacking a woman as she went to the Greater Iqbal Park with four of her friends to celebrate Independence Day on August 14.

In the FIR, the female TikToker said that the mob picked her up and started tossing her in the air and tore her clothes.

The TikToker said that she also cried for help but no one came to her rescue.