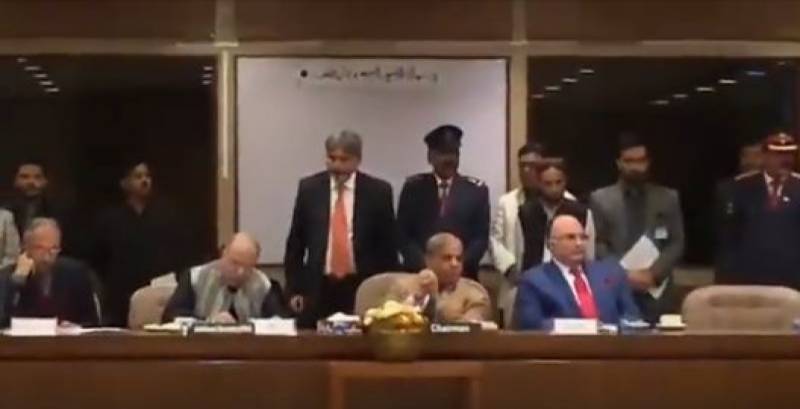 Pakistan Muslim League-Nawaz (PML-N) MNA Sheikh Rohail Asghar suggested Shehbaz's name for committee chairman and it was confirmed by Mushahid Hussain. Shehbaz's name was the only one put forth and was accepted unanimously.

Following his nomination, Shehbaz Sharif thanked members of the Parliament for placing their trust in him and assured that he will "take everyone along and move forward".

Vowing that the accountability process will be transparent, the PML-N leader said that the PAC was an effective forum for the improvement in the process of accountability.

Congratulating Shehbaz for his PAC chairmanship, Pakistan Tehreek-e-Insaf (PTI) Senator Shibli Faraz said that the government and the opposition reached an agreement despite all differences over the chairmanship of the committee.

"Parliament has to fulfill the promises made to the nation and I hope that the PAC will meet people's expectations," Shibli added.

“We hope that if your family is found guilty then you will hand this post to someone else." To this, Shehbaz smiled and said, “I will give no such opportunity.”

Akhtar Mengal, chief of Balochistan National Party (BNP-M) also congratulated Shehbaz. He said that accountability should be transparent without any discrimination.

Raja Pervaiz Ashraf of PPP said that a good tradition has been set by electing the Opposition Leader as the PAC chairman.

“We have to put politics aside and take forward the process of accountability. The PAC under Shehbaz’s chairmanship will show exemplary performance.”

On December 13, the PTI government conceded the chairmanship of PAC to Shehbaz almost three months after a stalemate over the key position.

Earlier, the government had maintained the stance that the opposition should suggest another name to head the PAC as Shehbaz Sharif was accused in the Ashiana Housing scandal.

However, the opposition rejected the offer and was of the view that past traditions of the National Assembly be honoured.