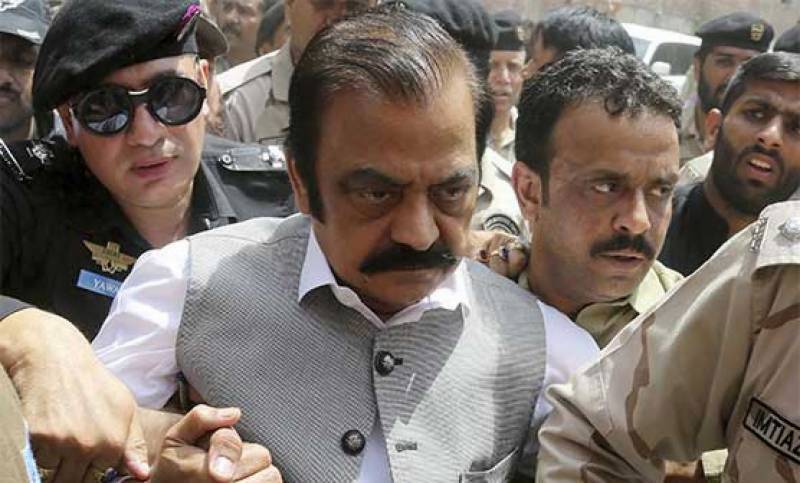 The PML-N leader was presented in Judge Shakir Hussain’s court on the expiry of his remand.

The court extended Rana Sanaullah’s judicial remand for another fourteen days due to lawyers strike in the city. He will now be presented in court again on January 4, 2020.

During the previous hearing on December 14, Rana Sanauallah was not produced before the court owing to law and order issue. The police had submitted its report in this regard.

The jail officials told the court that the accused could not be produced due to law and order situation. They requested the court to adjourn the hearing.

The court accepted the plea and extended judicial remand of the PM L-N leader till December 21 (today).

The Anti-Narcotics Force (ANF) had arrested Rana Sanaullah from Motorway near Sukheki on July 1, claiming to have recovered heroin from his vehicle.