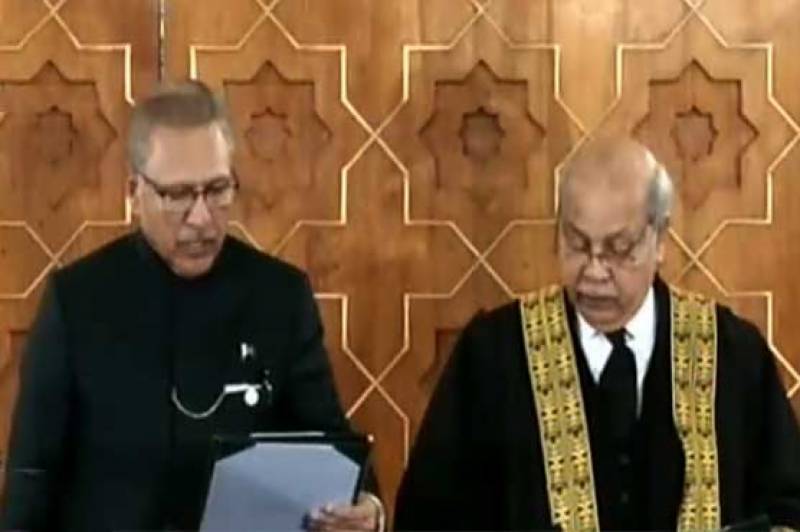 President Dr Arif Alvi administered the oath to Justice Gulzar at a ceremony at Aiwan-e-Sadr in Islamabad.

The law ministry had issued the notification of Justice Gulzar Ahmed’s appointment as new CJP on December 4.

Justice Gulzar was elected as honorary secretary of the Sindh High Court Bar Association, Karachi, for the year 1999-2000.

Throughout his legal practice, Justice Gulzar Ahmed mainly practiced on the civil corporate side and remained as a legal advisor to various multinational and local companies, banks and financial institutions.