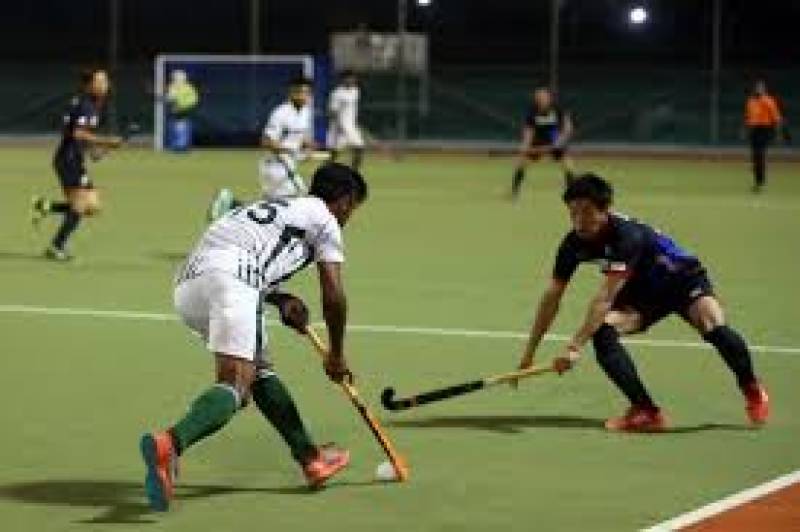 Pakistan have completed their four matches in the double league format, earning eight points to lead the table and are followed by Japan having four points while Oman is on third with a single point.