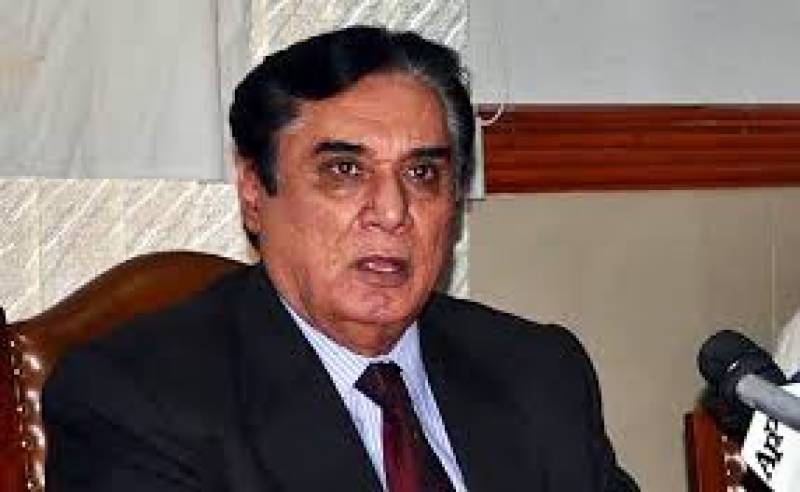 Islamabad (Staff Report/Agencies): The National Accountability Bureau (NAB) has formally approved references, investigations, and enquiries into alleged corruption by several officials including an ex-chief of the Inter-Services Intelligence.

The army officers are accused of transferring tens of hundreds of acres of prime railway land in Lahore to a Malaysian firm during Gen Musharraf regime in 2001 for development of a golf course called Royal Palms Gold and Country Club at throwaway rates.

Last week, the Islamabad High Court held that retired military officers could not hide behind the army’s accountability process.

They are found to have misused their authority, in violation of Nepra, Pepra and ECC rules, by awarding a 150MW rental power contract to Ms General Electric Energy Pvt Ltd which resulted in a loss of billions to public money.

The Nab will also verify a complaint against Pakistan Dental Council president, who in connivance with State Minister Health Services Saira Afzal Tarar, for misappropriation in the affiliation of 12 medical colleges.

Meanwhile, the Board decided to send back the enquiry against the administration of Pasco and others to department concern for further legal action.

On the other hand, the top anti-corruption body decided to close enquiries against former Distance Learning director at Bahauddin Zakariya University, Dr Ishaq Fani, and the officers of Frontier Works Organisation (FWO) and National Highway Authority over lack of evidence.

Chairing the meeting, the Nab chairman said the elimination of corruption is their priority and directed the bureau to bring all the investigations and enquiries to a logical end.

Meanwhile, the apex accountability body in the country has decided to directly listen to public complaints and take action.

Chairman of the National Accountability Bureau (NAB) Justice (retd) Javed Iqbal will be listening to complaints at the NAB headquarters in Islamabad on Thursday (February 22nd) from 2pm to 4pm. He has also instructed all directors general of all regional bureaus to do the same. NAB Rawalpindi DG Irfan Naeem Mangi has also made arrangements in this regard.

Complaints can be made against any government official or any institution which has embezzled public money from one or more victims in order to make a profit; any institute or housing society; those involved in bank fraud; those demanding bribes for official work and allotment of loans through fraud or illegal means.