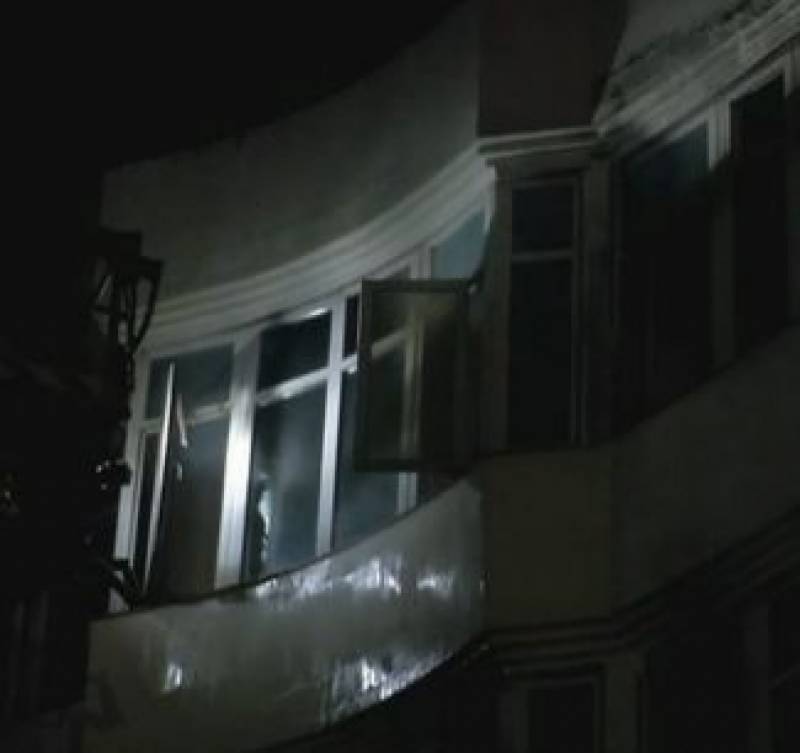 Dhaka (Agencies): At least 70 people were died in a huge fire that tore through apartment buildings also used as chemical warehouses in an old part of the Bangladeshi capital, a fire official said Thursday.

"We have so far recovered the bodies of 69 people," Mahfuz Riven, a duty officer of the Fire Service and Civil Defence, was quoted as saying by Xinhua news agency.

The fire broke out around 10 pm at a chemical warehouse in old Dhaka.

The death toll in the fire could rise, warned the fire officials, who have been working throughout the night to douse the devastating fire.

Numerous people, including women and children, were also injured and admitted to nearby hospitals.

"There was a traffic jam when the fire broke out. It spread so quickly that people could not escape," he said, describing a part of town where the streets are very narrow and the residential buildings stand inches apart.

Witnesses said members of a bridal party in a nearby community centre were also caught in the fire and many of them were injured.

"The victims included passersby, some people who were eating food at a restaurants and some members of the bridal party," he said.