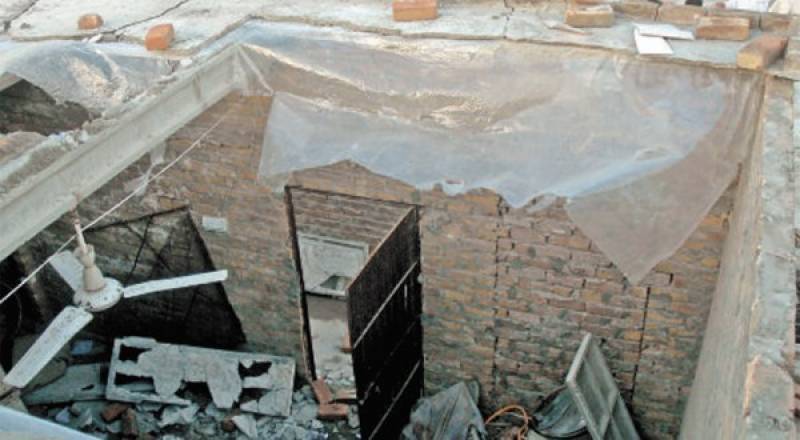 Multan (Staff Report): At least four members of a family were killed after the roof of a house collapsed at Badhla Road in Multan on Thursday.

As per details, woman and her three children were killed when roof of a dilapidated house collapsed due to heavy rain in the city, burying at least six persons under the debris.

The dead and injured were shifted to Nishtar Hospital Multan. Rescue sources said that the deceased were identified as 35-year-old Shazia, 12-year-old Ali, 5-year-old Bakhtawar and 2-year-old Arooj.

Rescue teams reached the spot after being informed and retrieved four dead bodies from the rubble while two persons were rescued alive in injured condition.