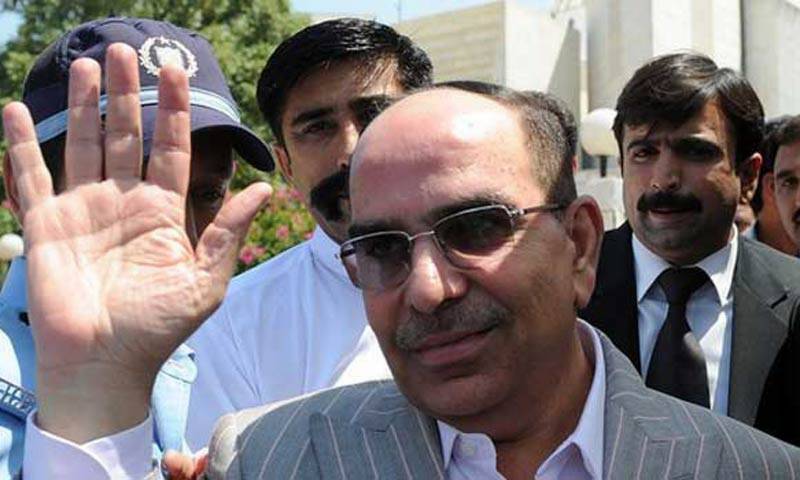 A three-member bench headed by Chief Justice Asif Saeed Khosa ended the contempt of court proceedings initiated against the property tycoon for hurling harsh allegations over six and a half years ago against then chief justice Iftikhar Mohammad Chaudhry and his son, Dr Arsalan Iftikhar.

The apex court noted that an individual who is held in contempt can ask for forgiveness at any stage and said that there was no reason to doubt Riaz's intentions in tendering the apology. The court also noted that they were satisfied with his apology and were therefore acquitting the property tycoon.

The contempt proceedings against the property tycoon were initiated on June 13, 2012, by a three-judge bench comprising former judges namely Justice Mian Shakirullah Jan, Justice Tariq Parvez and Justice Amir Hani Muslim that sat beyond normal court timings to issue him a show-cause notice for hurling allegations against the then chief justice at a press conference.

Riaz, in his written reply submitted during today’s hearing, assured the top court that he would submit the Rs5bn amount required as surety by the court in 15 days and ensure that none of his or his family's properties are sold in the meanwhile.

Upon receiving the assurance, the SC ordered NAB to suspend further action against Bahria Town, Riaz and his family till a five-member bench of the apex court decides the review petition filed by the property empire.

The review petition in question was filed by Bahria Town against three cases in which the apex court had found massive irregularities in land acquisition by the developer for its housing projects in Karachi, Rawalpindi and Murree.