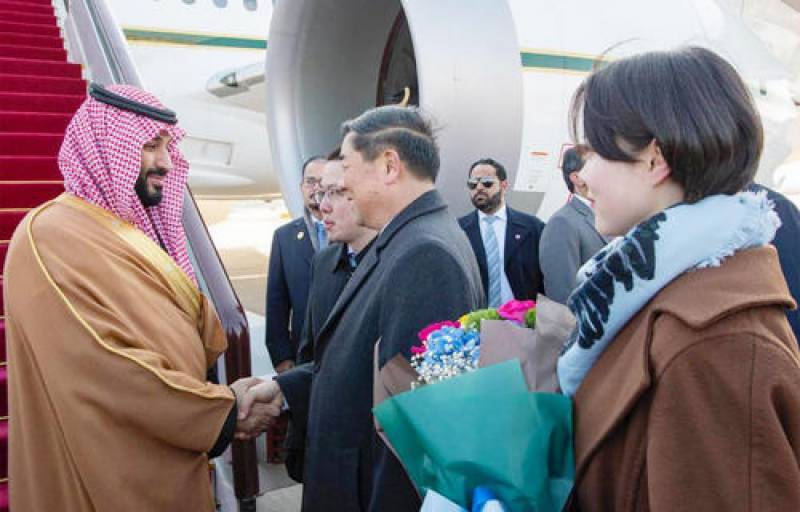 At the airport, the crown prince was greeted by a number of Chinese officials, including Khi Li Fung, Deputy Chairman of the Advisory and Political Council of the People's Republic of China, and Chinese Ambassador to the Kingdom Li Hua Xin.

He will meet Chinese President Xi Jin Ping during the official visit.

During his visit, Prince Mohammed said he expects the Kingdom's investments in India to be worth $100 billion in the next two years.

“We expect that the opportunity we are developing in India in many fields will exceed 100 billion dollars over the next two years,” he said.