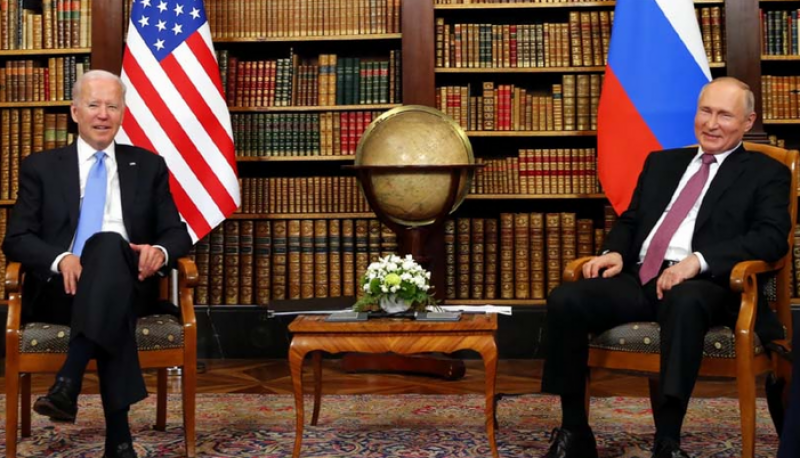 Washington (Web Desk): US President Joe Biden has agreed in principle to hold a summit with Russian President Vladimir Putin to discuss the crisis Ukraine.

In a statement, the White House said that the talks proposed by France will only take place if Russia does not invade its neighbours.

According to White House Press Secretary Jen Psaki, President Biden accepted in principle a meeting with Putin after a planned engagement between US Secretary of State Antony Blinken and Russian Foreign Minister Sergey Lavrov on Thursday in Europe.

The idea of a summit was proposed by French President Emmanuel Macron, who held separate phone talks with the US and Russian leaders on Sunday.

On February 19, US President Joe Biden had said he is “convinced” that Russian President Vladimir Putin has decided to invade Ukraine.

Talking to reporters in Washington, he said Russian troops currently have surrounded Ukraine and that Washington believed Moscow would target Ukraine’s capital, Kyiv.

He also accused Moscow of preparing a “false flag operation” as a pretext for an attack and said this could happen “in the next several days.”

Meanwhile, Belarus has announced to continue its ongoing joint military exercises with Russia as tension is mounting in neighboring Ukraine.

In a statement, Defense Minister Viktor Khrenin said that Belarusian leader Alexander Lukashenko and Russian President Vladimir Putin have decided to continue testing the response forces of the union state.

According to Belarus, the aim of the exercises remains to assure an adequate response and a de-escalation of military preparations led by ill-intentioned people near the borders.

Tensions are running high in Europe with more than 150,000 Russian troops said to have been amassed along Ukraine's borders, within Russian territory, in Belarus that has close ties with Moscow, as well as in Crimea, which Russia annexed from Ukraine in 2014.

Belarus said Russian forces will remain in the country even after the scheduled end of their joint drills on Sunday, in a move that can be seen as further adding to pressure on Kyiv.

Russia has been asserting that its security is being threatened by the eastward expansion of the North Atlantic Treaty Organization (NATO) and the possibility of Ukraine's membership in the 30-country military alliance.