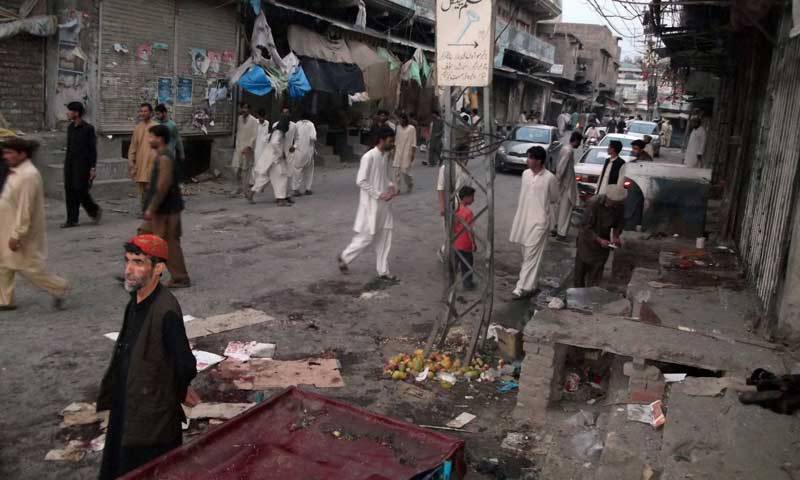 Parachanar (Staff Report): At least 21 people were killed and 50 others injured when a blast occurred in Parachanar, area of Kurram Agency on Saturday.

The blast ripped through the Sabzi Mandi inside Eidgah Bazaar while it was crowded with people shopping for fruits and vegetables.

Army and FC Quick Reaction Force reached at incident site and cordoned off the area. Army helicopters flown for medical evacuation of injured to hospitals," said the ISPR.

Parachinar is the administrative headquarters of Kurram agency and is located close to the Afghan border. The agency is considered one of the most sensitive tribal regions as it borders three Afghan provinces and was once the main route for cross-border militant activity.