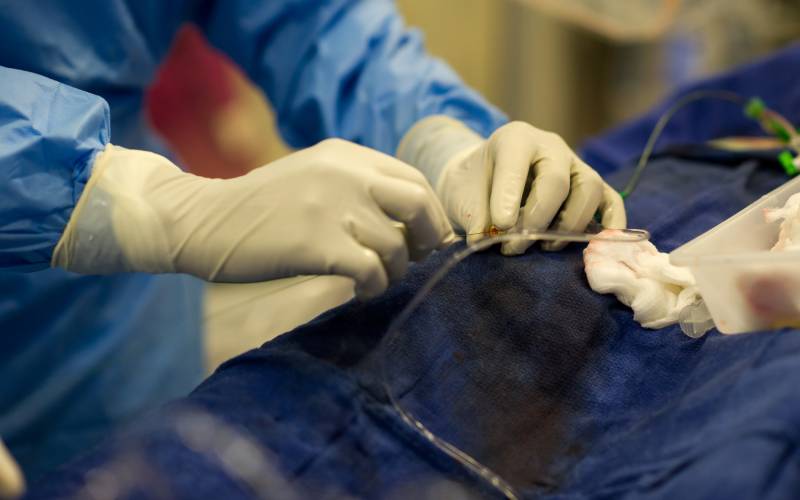 According to reports, FIA conducted raid at Mayo hospital on behalf of a close relative of an important influential federal minister, who is also a chief executive of a pharmaceutical company, which has signed a contract with an American company - The Boston Scientific Corporation (registered) for stent distribution in Pakistan.

The report also revealed that the company is using influence to halt the registration of other companies to supply stents in Pakistani market.

The report also claimed that FIA was ordered to conduct raid at Punjab Institute of Cardiology (PIC) but the agency barred due to unknown reasons.

In Pakistan registration of nearly 600 medical devices and 115 stent making companies, is delayed that is why unregistered companies are selling their stents illegally, causing a big decline in the sale of registered stents.

The Federal Investigation Agency (FIA) exposed a mafia that was involved in selling fake stents to heart patients and fraudulently extracting money from them. Some of these fraudsters also included a couple of doctors who would make the patients agree on getting these fake stents and paying for them.

Punjab Chief Minister Shehbaz Sharif formed the four-member inquiry panel on January 16 to identify irregularities in the process of procurement and distribution of stents at government hospitals. The committee was asked to submit its findings to the Punjab chief minister within seven days and has been holding daily meetings.

On the other hand, doctors said they were not gaining any type of financial benefits from selling these stents.

The Punjab health department spokesperson had said these stents and other medical devices were not of low quality and doctors were selling them because they were needed for immediate angioplasty.

Health Minister Khawaja Salman Rafique said that Drug Regulatory Authority of Pakistan (DRAP) would register these companies soon, adding that the fact-finding committee would deal with people involved in corruption.