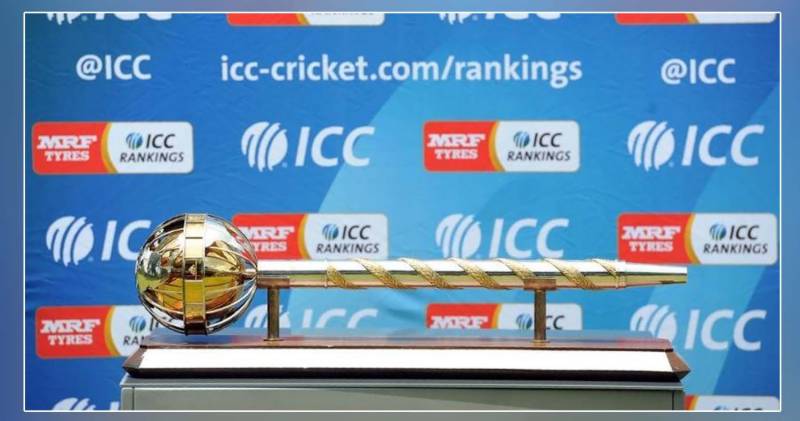 The first ever World Test Championship (WTC) is in its final stages as top teams battle for the final 2 spots. Three teams have equal chances to qualify for the final at Lords, however, England also have an outside opportunity but chances are quite bleak. India and New Zealand are front runners with each of them winning their respective test series. With thumping wins against West Indies and Pakistan, New Zealand went to the top of the table but India gained back number 1 rank after winning against Australia. Nevertheless, India have done themselves a great favor by earning huge victory against Aussies in their home ground. The WTC table is still open as India, Australia and England, all have matches to be played. Although, New Zealand is done with their matches.

England are currently playing against Sri Lanka, whereas, they have a series to be played against India in India which won’t be easy at all. The same series will be last among India’s available matches in which 4 tests are to be played. On the other hand, Australia and South Africa are due to play a series in South Africa. The England – India series have 30 points on win and 10 points on draw. Australia – South Africa isn’t a dead rubber at all, South Africa might not go on to qualify or climb the WTC points table but Australia’s chances for the final of WTC are dependent on that series. Nevertheless, the clouds of uncertainty are hovering over the Australia – South Africa series as covid-19 protocols were breached in the recently held South Africa – England series.

Following is the current standings at WTC table 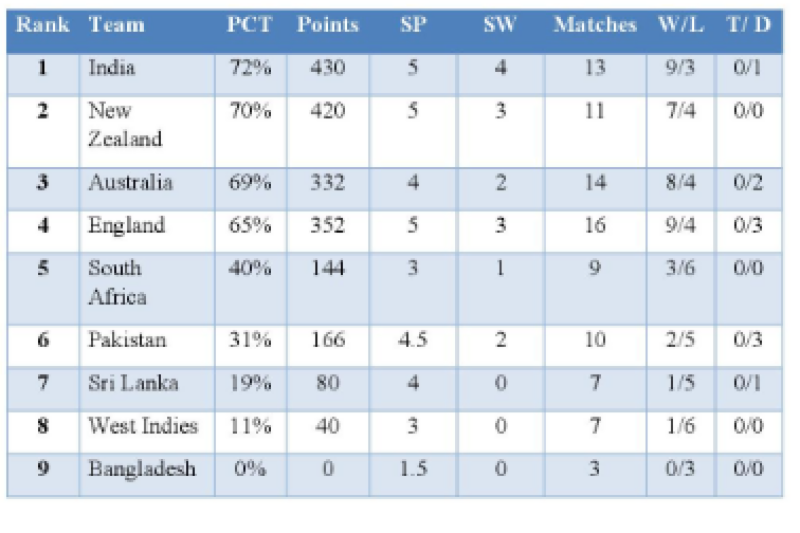 Let us know take a look at the four major contenders for the final two spots:

One of the all-time great series victory Down Under has guaranteed India to be a strong contender for ICC WTC Final at Lords. India now has some breathing space against England. As they now have 430 points and lead the table along with 72% PCT which is absolutely fantastic keeping in mind the close contests going on between the teams. India now is in a position from which they can earn a direct qualification without depending on the outcome of Australia – South Africa series. For such a scenario, India need to have 505 points which can be achieved by winning against England by a margin of either 4-0 or 3-0 or 3-1 or 2-0. However, it will be demanding yet challenging as the current England team has shown quite a resistance in the Asian conditions in recent past.

The first team to close their assignments in WTC is New Zealand, they were ranked 1st on the WTC table but after the series victory by India, they have gone down to 2nd with bare of margins. For New Zealand to qualify is simple, quite simpler than all other teams. They have done a pretty good job for themselves by earning good number of points and PCT which means that now other teams have to really go hard for passing them otherwise, they are into the finals. New Zealand would want that neither of England nor Australia should go past on PCT which can be only possible if Australia wins by a margin of 2 tests as defined above or if England goes on to win second test against Sri Lanka along with winning test series against India by a margin of 4-0 or 3-0.

The team which probably has minute of chances is England. They have pretty challenging situation for themselves to qualify for the First WTC Final in home conditions at Lords. For England to qualify for the final is only possible if they win the upcoming test against Sri Lanka and then go on to win against India by any margin possible. But this not ends here, they would also want Australia to lose in South Africa. If all this dream becomes true, then only England will emerge as victorious.

Nevertheless, it is too early to say but keeping the performance checks of all the teams; India, New Zealand and Australia are the ones which can really eye the WTC trophy. For England to dream of WTC is quite difficult, it seems much likely that they will win against Sri Lanka but keeping in view India’s performances at home, it will take a gigantic effort to triumph India. As far as the top 3 teams are concerned, smallest of margins can play a huge part, such as, slow over rates, draws or washouts. Although, let us hope for the best as we approach exciting times to be unfolded in test cricket like never before. Kudos to ICC for such a wonderful concept of World Test Championship.

U18 National Hockey Championship: Semi-finals to be played in Lahore ...