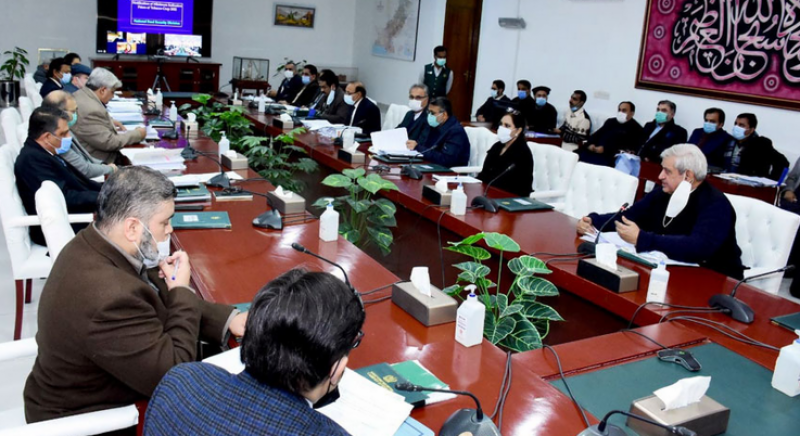 Islamabad (Web Desk): The Economic Coordination Committee (ECC) of the Cabinet on Friday approved export of selected commodities to Afghanistan against Pakistan currency, considering the food crisis and prevailing situation in the war-torn country.

The committee allowed removal of 45 percent Regulatory Duty on the import of Chilghoza from Afghanistan.

The reduction tariff on this item will encourage the legal import of unprocessed Chilghoza for processing in the country for export and will also create jobs in the far flung areas of border regions of Khyber Pakhtunkhwa and economically backward areas of Balochistan.

The ECC also approved a proposal submitted by Finance Division engaging the services of third party to carry out the Monitoring and Evaluation functions of the Kamyab Pakistan Program.

It also gave approval as a goodwill gesture on the government level, payment of 11.6 million dollars compensation to the affected Chinese nationals of Dasu Hydropower Project incident.

The Ministry of Industries and Production presented a summary on the Urea fertilizer requirement for remaining Rabi Season 2021-22 and allowed the operations of SNGPL based plants for further two months at gas rate of 839 rupees MMBTU for the mentioned period.