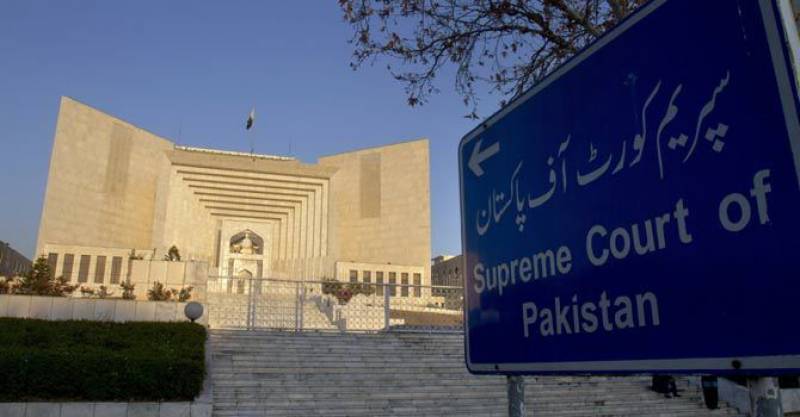 Islamabad (Staff Report): A three member implementation bench of the Supreme Court once again resumed its fifth hearing of Panama Papers case today (Friday) and began its proceedings around 9:30am.

The counsel continued his arguments today.

The counsel of the prime minister's children, Salman Akram Raja informed the bench that there are several law firms in London that operate on Saturdays, to which the bench agreed.

He also clarified before the bench that his predecessor, Akram Sheikh, may have made a clerical error which led to a confusion of dates regarding ownership of offshore companies by the premier's children.

The bench also directed during the hearing, for the production of volume 10 of the JIT report, with Justice Azmat observing that they want to keep everything transparent.

The bench asked the PM's counsel, Khawaja Harris, to examine specific sections of the volume.

At the time when the JIT report submitted its final report, Volume 10 of the report was kept confidential. The JIT had asked the SC not to make the volume public as it contained material related to ongoing international cooperation in the investigation against the Sharif family.

Earlier in the week Dr Tariq Hassan also argued before the court.