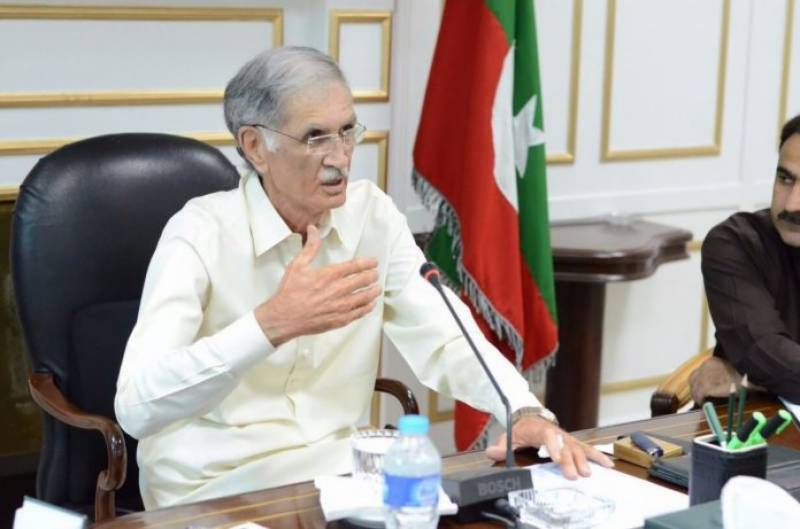 Islamabad (Staff Report): Election Commission of Pakistan (ECP) on Saturday linked the election result of PTI leader Pervez Khattak to the decision of a case against him for using inappropriate language in speeches.

Lawyers of the political leaders appeared before the commission on Saturday.

The Commission headed by Chief Election Commissioner Sardar Muhammad Raza warned the politicians to remain careful in choice of words while addressing gatherings during their election campaign.

The electoral body directed the three leaders to submit written reply for using indecent language against their opponents.

PTI’s counsel Babar Awan appeared before the electoral body and he initially tried to defend the ‘foul words’ used by Khan during a speech on the night of Nawaz Sharif and Maryam Nawaz’s arrival. Khan speaking to supporters had said whoever goes to receive them at the airport are ‘donkeys.’

In his arguments, the PTI lawyer said that the word donkey is a normal and common word that is even used by teachers in the classroom.

The ECP committee remarked that such offensive language could create anarchy during election days and asked Awan to submit an assurance.

The PTI lawyer submitted a written assurance stating that Imran Khan would follow the instruction issued by the Election Commission of Pakistan (ECP).

On Wednesday, the ECP summoned Imran Khan over alleged use of foul language against rival political parties and candidates. “The notice has been taken on the basis of media reports,” the ECP said.

It is worth mentioning that Imran Khan, during a political rally in Narowal, had said that any Pakistan Muslim League-Nawaz (PML-N) worker with a clear conscience would not go to the airport to receive Nawaz Sharif.

“And whoever will go to receive him will be a donkey (fool),” he had said.

Calling PML-N president Shehbaz Sharif a conman, the PTI chief had also said that anyone with a living conscience would not vote for the PML-N.