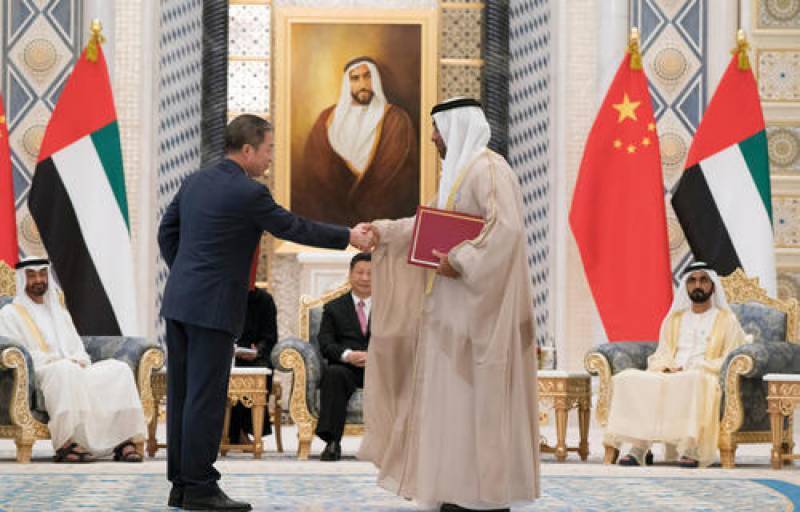 "We have substantial political and economic agreement and a solid base of projects in energy and technology sectors and infrastructure," Dubai's ruler said in a tweet.

"More than that, (we have) a strong political will to start a larger phase of cooperation," he added.

China and the UAE already agreed oil and trade deals in the runup to Xi's visit.

This takes the total number of memoranda of understanding and deals struck this month to 13, official UAE news agency WAM said.

ADNOC announced on Thursday it had awarded two contracts worth US$1.6 billion (€1.4 billion) to BGP Inc, a subsidiary of CNPC, for a seismic survey in the emirate.

The survey will search for oil and gas in onshore and offshore sites covering an area of 53,000 square kilometres (20,500 square miles).

Also on Thursday, the UAE's state-owned DP World announced an agreement between the two countries to build a new trade zone in Dubai.

The project is part of China's trillion-dollar "One Belt, One Road" infrastructure initiative, an ambitious plan to revive the ancient Silk Road trading routes with a global network of ports, roads and railways.

Abu Dhabi is the Chinese president's first stop on a tour which also includes Senegal, Rwanda and South Africa.