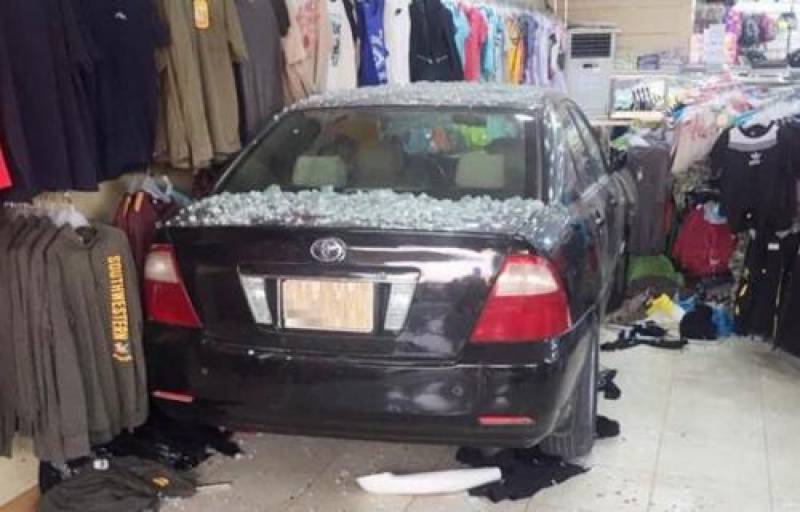 Riyadh (Web Desk): A woman crashed her car into a dress shop in the governorate of Al-Ahsa in Saudi Arabia.

The woman, who was accompanied by her husband, lost control of her car after she accelerated instead of pushing the brake pedals to stop outside the shop.

A CCTV video recording showed the Toyota Corolla crashing 12 metres inside the shop on the Al-Najah Avenue in the City of Al-Mabraz.

An Arab national, who suffered head and hand injury, was taken to King Fahd Hospital in Al-Hafoof where he underwent a surgery.

The woman and her husband escaped unhurt but their car was damaged. The window façade of the shop was also smashed due to the accident.