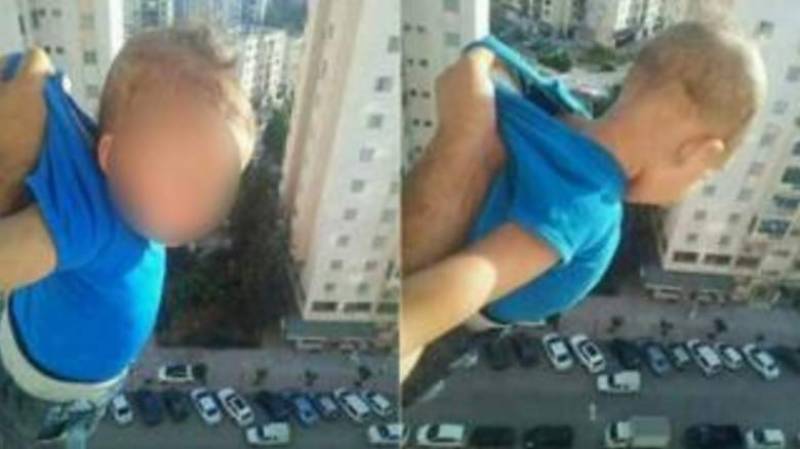 Morocco (Web Desk): In a bid to get 1,000 likes for a Facebook post, an Algerian man dangled his baby cousin out of a 15th-floor window in Algiers.

According to details, he was later sentenced to two years in prison, Al Arabiya English reported.

The FB-frenzy posted on Facebook a photo of him dangling the baby out of a window with the caption, "1,000 likes or I will drop him."

The child was reported to be in a state of fear and bewilderment after the incident.

Several Facebook users, who watched the video, demanded that the man be tried on child abuse charges.

“The picture was photoshopped,” the defendant said. Speaking to Algeria's Ennahar news site, he said the balcony had protective bars that were removed by Facebook users in the viral image.

The report adds, the court was not convinced by the man's explanation.

The child's father also called for the court to forgive the man, arguing that he had simply been playing a game.

However, the judge, ruled that he had put the child's life in danger.