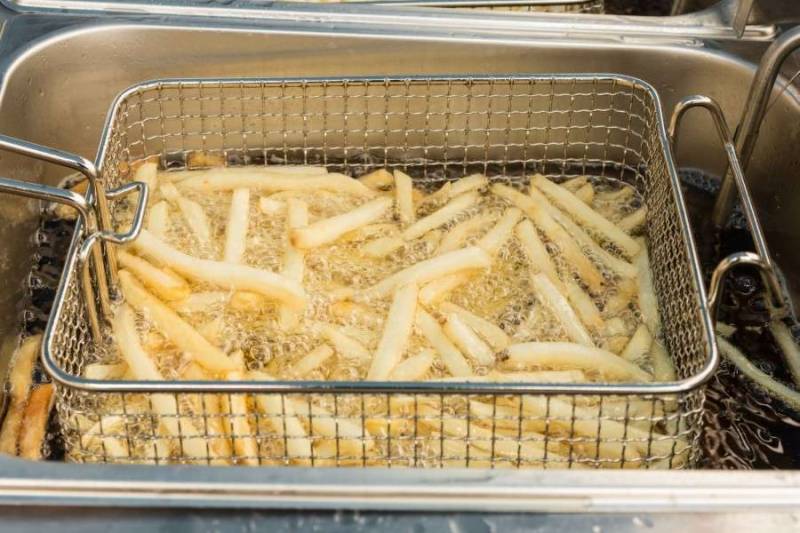 Lahore (Web Desk): A recent research has claimed that eating fried potatoes increase the risks of dying early in people.

The research has published in the American Journal of Clinical Nutrition says that the people who eat fried potatoes two or more times a week double their risk of an early death compared to those who avoid them.

The study quoted figures from 2014 in which it said Americans consumed 112.1 pounds of potatoes per person of which the majority was in the form of French fries. It warned about the trans-fats in fried potatoes that cause osteoarthritis. The study results were not affected by the age or sex of the participants. However, it suggested that the younger participants and women were more into eating the fried food.

Veronese and the co-authors suggested further that cooking oil used for deep frying causes trans-fat in fried potatoes which raises cholesterol in the blood and lead to cardiovascular diseases. Other problems concerned with fried food were obesity and the use of high quantities of salt.

Meanwhile, National Potato Council CEO John Keeling claimed the study to be irrelevant because it mainly focused on arthritis patients. He said potatoes are very healthy and has no cholesterol, no sodium and provides nearly a third of the daily vitamin C requirement. He went on to claim it has more potassium than a banana.

A registered dietitian Stephanie Schiff recommended boiling or steaming the starchy foods, like potatoes, to reduce the acrylamide intake from frying. She called acrylamide a potential cause of cancer. The dietitian also told not to store potatoes in the refrigerator for similar reasons. While expressing her doubts in the study, she converged that it could be an important risk factor for mortality.