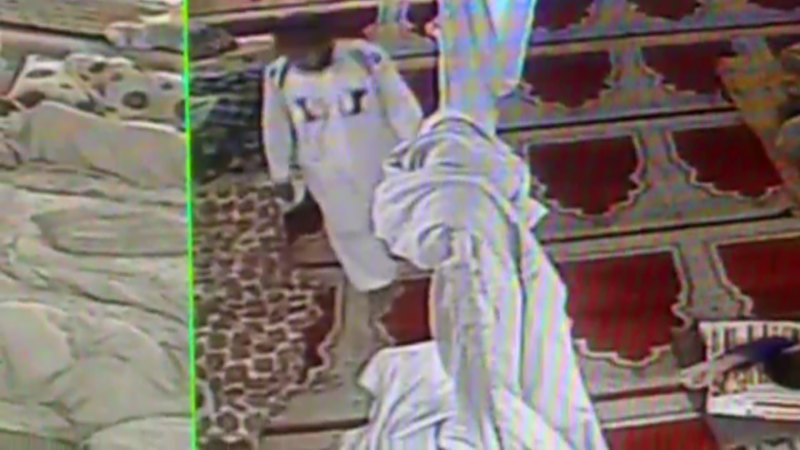 Karachi (Staff Report): Unidentified men were caught on CCTV while robbing valuables of those sleeping during Aitekaf in a mosque of Karachi’s Gulshan-e-Iqbal area.

The CCTV footage showed that robbers stole mobile phones and wallets of people observing Aitekaaf in a mosque.

Sindh Home Minister Sohail Anwar took notice of the incident after the news was aired and has sought a report from DIG East Arif Hanif.

In yet another incident, police arrested a suspect near the Gulistan-e-Johar area at Rashid Minhas road involved in robbing cash worth 1.2 million from a man. According to SP Gulshan Murtaza Bhutto, the police also recovered weapons and a motorcycle from the suspect.