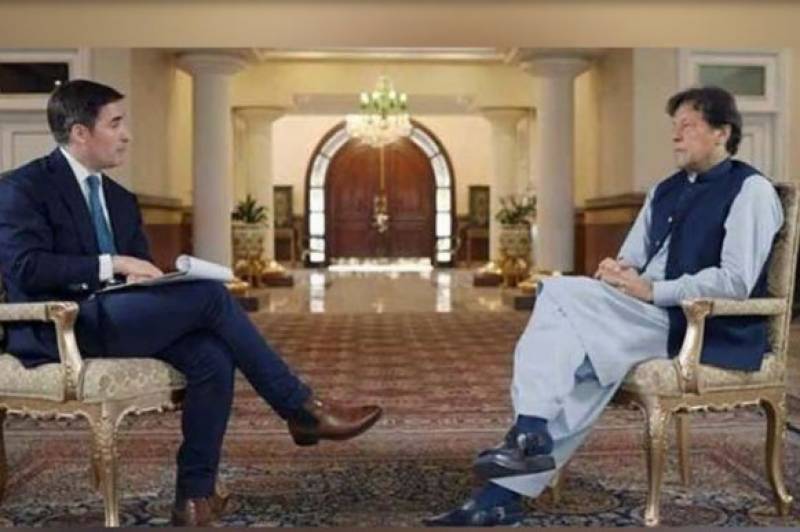 Islamabad (Web Desk): Prime Minister Imran Khan has said that the United States (US) must find a political settlement before leaving Afghanistan.

In an interview with Jonathan Swan of HBO Axios, the premier categorically said that Pakistan will ‘absolutely not’ give its bases to the US and will not allow use of its territory for any sort of action inside Afghanistan.

PM Imran said that Pakistan suffered over 70,000 casualties more than any other country by joining the American war.

“We cannot afford any more military actions from our territory,” Imran Khan said, adding that Pakistanis will be partners in peace but not in conflict.

He said we already are hosting three million Afghan refugees and this could lead to another exodus.

Responding to a question, the Prime Minister said being the most powerful nation in the world, the United States has a big responsibility.

Talking about the Indian Illegally Occupied Jammu and Kashmir (IIOJK) dispute, PM Imran said according to the United Nations Security Council (UNSC) resolutions, there should have been a plebiscite for the people of Kashmir to decide their own future.

“This has not taken place,” PM Imran said. “If the Americans have the resolve and the will, this can be sorted out.”

Regretting that the oppressed people of IIOJK are ignored by the West, the prime minister said that 9 million people there have been put into open prison by around 800,000 Indian troops.

He said one hundred thousand Kashmiris have also been killed in the IIOJK.

Responding to a question, Imran Khan said that Pakistan's nuclear programme is only for self-defence.

"I am against nuclear weapons, but our nuclear arsenal is for defence purposes," he said.

"We've had three wars against India and ever since we have had a nuclear deterrent, there has been no war between the two countries", he said, adding that we've had border skirmishes but never faced war.

"The moment there is a settlement on Kashmir, the two neighbours would live as civilised people. We will not need to have nuclear deterrents," he said.

PM Imran said China has been one of the greatest friends to Pakistan in the most difficult times.

He said when our economy was struggling, China came to our rescue.

When asked to comment on the Uighyr issue, the premier said, “We respect the way they are and whatever issues we have, we speak behind closed doors”.

“There were more than 70% informal economy workers and daily wagers and the government could not make a decision to force a complete clampdown in the country,” he said.