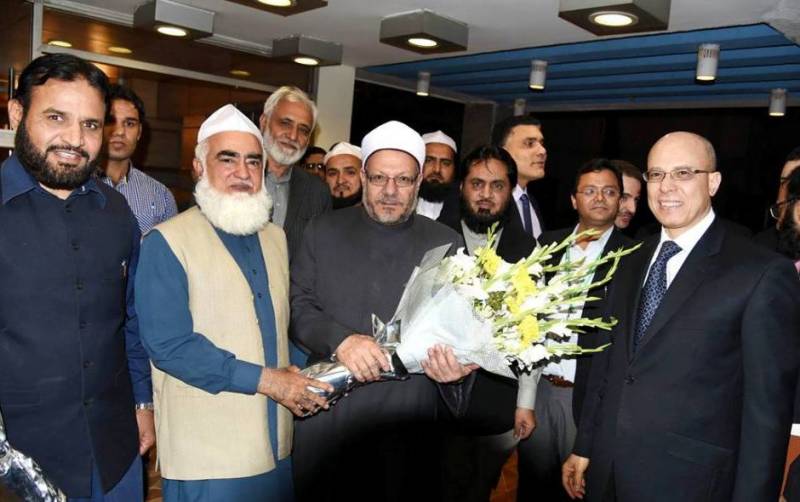 The Grand Mufti arrived in Islamabad on invitation of the Ministry of Religious Affairs and Interfaith Harmony to throw weight behind the ministry’s recent initiative of declaring suicide bombings un-Islamic.

Over 1,800 religious scholars from different schools of thought have also signed the fatwa against suicide attacks.

The Imam-e-Kaaba has already backed the religious decree.

The move is part of the efforts being made by Pakistan to not only create consensus within the country but also seek support from other Muslim countries against suicide attacks. Shawki Allam is also scheduled to attend the March 23, parade in Islamabad during his stay.

42 killed, over 100 injured as trains collide in Egypt