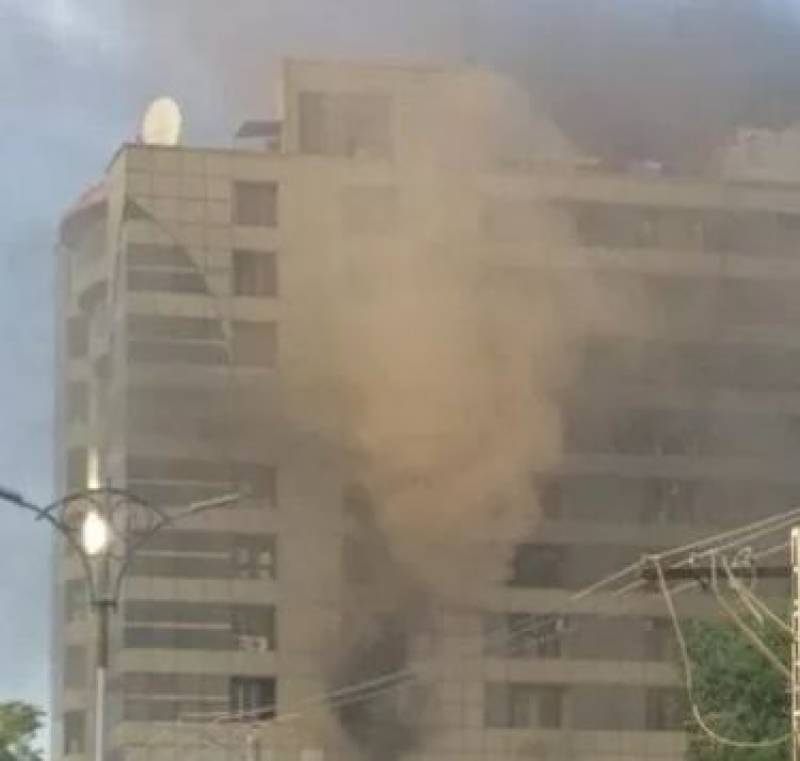 Karachi (Staff Report/Agencies): A man who jumped from a burning building in Karachi's University Road passed away on Thursday.

According to rescue officials, the man who was among two, who were severely injured as they jumped out of the burning building, succumbed to his wounds at a hospital.

Fire engulfed five to six floors of the 17 storey building near Gulshan Iqbal Block-13 in Karachi.

According to fire brigade officials, four fire tenders are trying to control the fire.

Pakistan Navy has sent three of its fire brigades to assist in rescue efforts. A Pakistan Navy helicopter is also taking part in the rescue operation.

The fire caused a traffic jam on Karachi’s University Road.