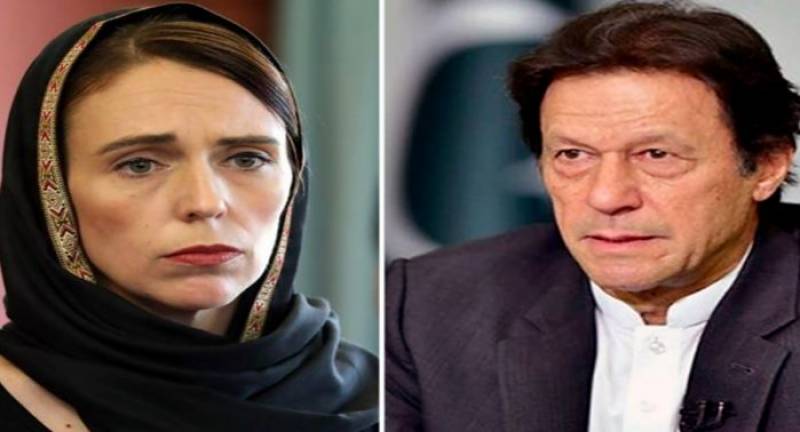 PM Khan expressed his admiration for the humane handling of the situation by the New Zealand authorities.

He appreciated the quick response of the local authorities and the high level of respect shown by the Prime Minister of New Zealand for Muslims.

“Prime Minister Ardern has shown the way to other leaders in the face of rising Islamophobia and global extremism,” the premier said, adding that, he was calling PM Ardern on behalf of the people of Pakistan to thank her for her compassion, leadership and decisions that won her many admirers in Pakistan.

Condemning the attacks on the two mosques which claimed 50 lives, PM Imran said, Pakistan too has remained the target of terrorism.

PM Imran conveyed his condolences on the loss of 50 precious lives. “Pakistan is itself a victim of terrorism and has lost more than 70,000 innocent lives,” he said, adding that, Pakistan stands by the government and people of New Zealand in this hour of grief.

Prime Minister Arden said that New Zealand was in shock and informed PM Imran of immediate actions taken after the attack including the banning of all military style semi and automatic guns and assault rifles.

She also acknowledged the sacrifices of Pakistanis in the attack, particularly the bravery and valour of Naeem Rasheed.

PM Ardern said that New Zealand, while valuing the contribution of the Muslim community, assured them freedom and protections.

On March 15, fifty, including nine Pakistanis, were killed at two Christchurch mosques by an Australian white supremacist.