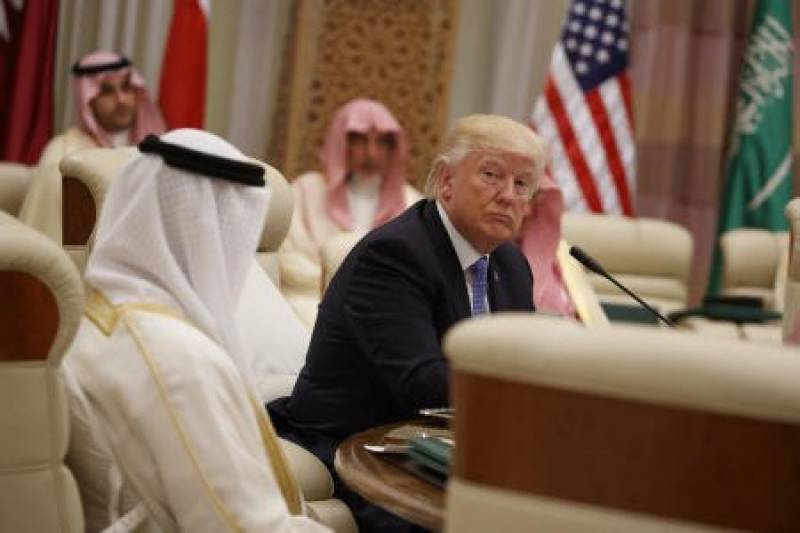 Riyadh (Web Desk): US President Donald Trump will launch an appeal to confront extremism on Sunday, telling dozens of Muslim leaders in a speech that the fight against terror “is not a battle between different faiths”.

The president, who is in Saudi Arabia on his first foreign visit since taking office, is to give a much-anticipated speech on Islam at the Arab Islamic US Summit in Riyadh, Arab News reported.

“This is a battle between barbaric criminals who seek to obliterate human life, and decent people of all religions who seek to protect it,” Trump will say, according to excerpts released by the White House.

“That means honestly confronting the crisis of Islamist extremism and the Islamist terror groups it inspires. And it means standing together against the murder of innocent Muslims, the oppression of women, the persecution of Jews, and the slaughter of Christians.

“Terrorism has spread across the world. But the path to peace begins right here, on this ancient soil, in this sacred land.

“This is a battle between good and evil.”

Leaders from around the Muslim world have gathered in Riyadh to hear Trump give his historic address.

The Malaysian prime minister, Iraqi and Indonesian presidents were given a royal welcome by King Salman before they gathered in a waiting hall.

Trump is expected to call for Muslim unity in the fight against terrorism as he works to build relationships with Arab and Muslim leaders.

The US president is taking part in a summit with leaders from 50 countries across the Muslim world, including the Malaysian prime minister and Gulf leaders.

Aides have said the speech will be “uplifting” but also “blunt” in its call for leaders of Muslim countries to take a stand against violent fundamentalism.

Also on Sunday, King Salman and President Trump are set to inaugurate the Global Center for Combating Extremist Ideology (GCCEI), which will counter and prevent the spread of extremist ideology through promoting moderation, compassion and supporting the dissemination of positive dialogue.

Trump has been welcomed warmly in Saudi Arabia, where he and first lady Melania Trump were given an extravagant reception by King Salman and the rest of the Saudi royal family.

Trump was awarded the country’s highest civilian honor, attended a series of banquets and receptions and bobbed up and down with dancers in a traditional sword dance welcome ceremony.