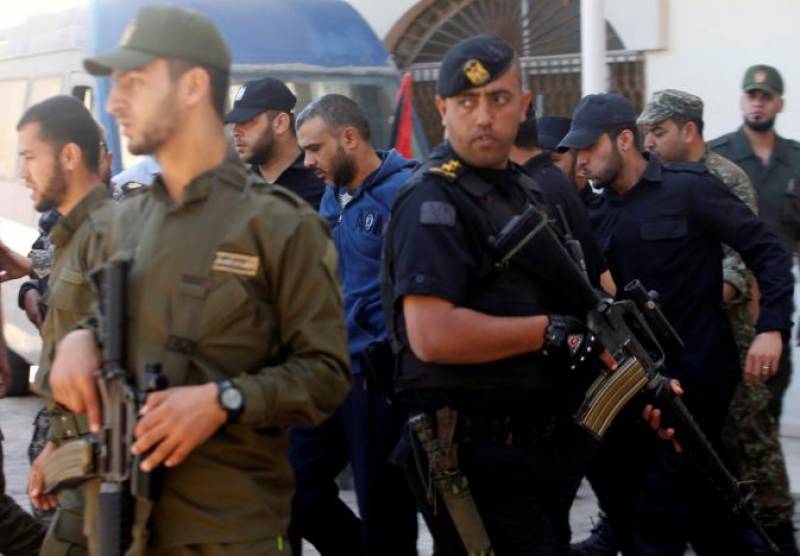 Gaza (Reuters): Gaza's ruling Hamas movement delivered death sentences on Sunday to three Palestinians it ruled had taken part in what it said was an Israeli-directed assassination of one of the Islamist group's senior commanders.

A Hamas security court said the three men had confessed to the killing of Mazen Fuqaha, a Hamas military wing commander, who was shot in the head and the chest in his car on March 24 near his Gaza home.

"The field court has sentenced the three convicted of carrying out the crime of the assassination of martyr Mazen Fuqaha to death," said Brigadier-General Naser Suleiman, chairman of the Hamas-run military judiciary.

Hamas convicted all three, aged 44, 38 and 38, of collaborating with Israel. It said that one of the men carried out the actual shooting and the other two had provided Israeli security agencies with information about Fuqaha's whereabouts.

Israel's Shin Bet security service, which carries out covert operations against Palestinian militants, did not respond to a request by Reuters for comment on Hamas's allegations.

Israeli Defense Minister Avigdor Lieberman, in an interview with Israel's Yedioth Ahronoth newspaper soon after the killing, attributed the death to an internal power dispute in Hamas.

Israel jailed Fuqaha in 2003 for planning attacks against Israelis and sentenced him to nine life terms. He was released in 2011, as part of a group of more than 1,000 Palestinian prisoners whom Israel freed in exchange for a captive soldier.

Israeli media said that after Fuqaha's release and exile to Gaza that he continued to plan attacks by Palestinian militants in the occupied West Bank.

Over the years, Israel has established a network of contacts in the Palestinian territories, using a combination of pressure and sweeteners to entice Palestinians to divulge intelligence.

Palestinian and International Human Rights groups have repeatedly condemned the death penalty, and urged Hamas and the Palestinian Authority to suspend it. Palestinian law says President Mahmoud Abbas, who has no actual control over Gaza, has the final word on whether executions can be carried out.

Hamas has sentenced 109 people to death and executed more than 20 of them under its judicial system since 2007, when the group seized power from Abbas in a brief civil war.