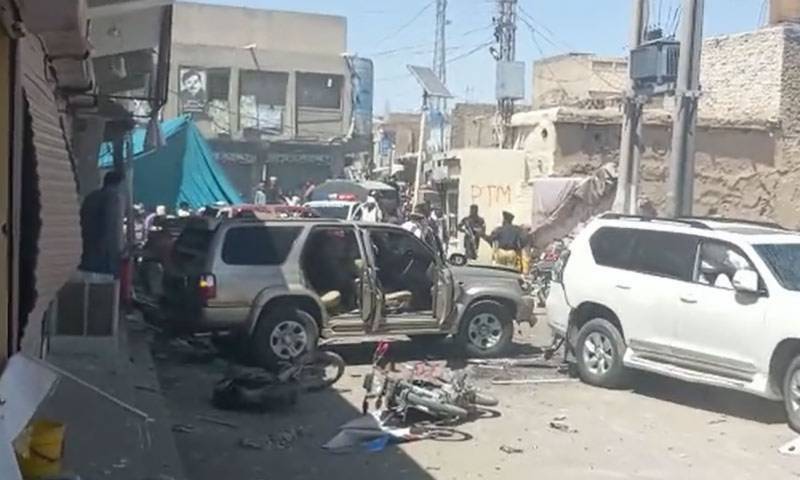 Chaman (Web Desk): At least six people were killed and 14 others were injured in a blast in Balochistan's Chaman city.

Police said the explosives were planted on a motorcycle.

The JUI leader was injured and later taken to a nearby hospital. However, he has been discharged and sent home, police.

Denouncing the incident, Balochistan home minister Mir Zia Langau has sought a report of the incident.

In a statement, Langau termed the blast a result of foreign conspiracies to instil unrest in the country.

He expressed condolences with the families of those killed and directed authorities to provide the best available medical facilities to the injured.

The chief minister stated the terrorists will not be allowed to succeed in their nefarious designs.

It is pertinent to mention that the incident comes a month after a powerful bomb exploded in the parking lot of the Serena Hotel in Quetta, killing at least 5 people and injuring 12 others.