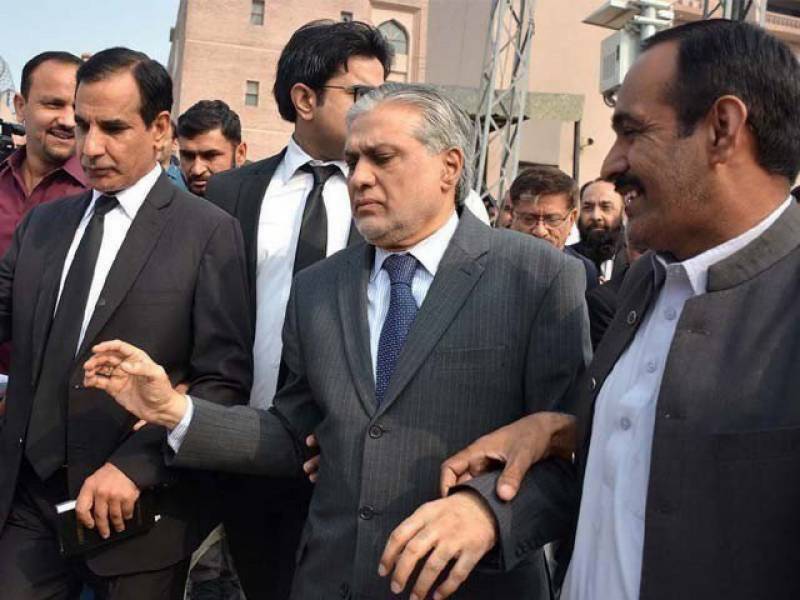 Islamabad (Staff Report): Accountability court rejects the request of Finance Minister Ishaq Dar for exemption from appearance before the court to attend the hearing of corruption reference against him.

The Accountability Court on Tuesday, held the hearing Ishaq Dar and reserved its decision on the defence's plea to excuse the minister from appearance on medical grounds.

The hearing began with a slight delay owing to the defence counsel's late entry, Dar's counsel, Qusain Faisal Mufti, submitted the minister's third medical report and pleaded the judge to grant his client exemption from appearance.

“One of Dar's arteries is not functioning properly and the minister will have another medical checkup on November 29,” the medical report states.

Earlier, the National Accountability Bureau (NAB) prosecutor Imran Shafique opposed the plea for appointing a legal representative (pleader) on the minister's behalf, and requested the court to begin the procedure of declaring Dar a proclaimed offender due to his continuous absence.