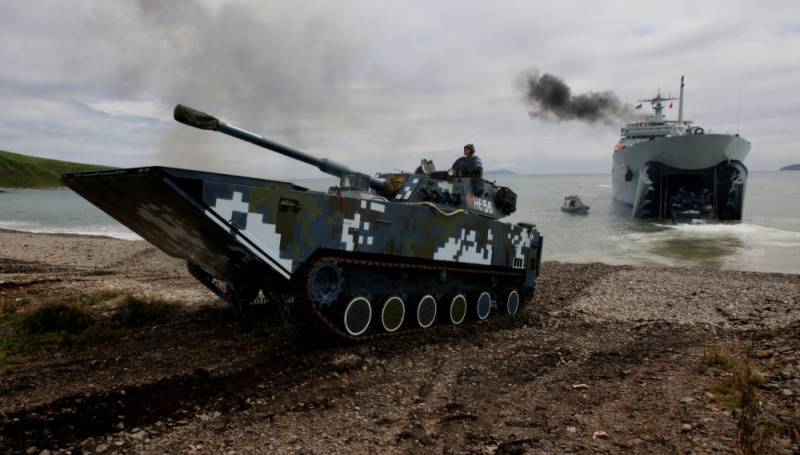 Beijing (Web Desk): A Chinese arms maker claims to have built the world’s faster amphibious assault vehicle that can travel at high speeds both on land and water, according to the Chinese state media.

Norinco Group said its VN18 is the world fastest amphibious assault vehicle, the CCTV said in a report.

The formidable armoured vehicle, called VN18, boasts a maximum speed of 65 kmh (40 mph) on the ground and 30 kmh (19mph) on water and is the fastest of its kind in the world, reported China Central Television Station.

The 26.5-tonne beast is said to be equipped with a cannon, a machine gun and an anti-tank missile. It can carry three drivers and 11 soldiers.

The country’s state broadcaster also revealed footage of the military vehicle in a programme on November 18.

“On the waters, it’s like a car running at 120 km/h on a highway,” said Tan Yongyao, manager of R&D at Norinco.

The 1,600-horsepower assault vehicle was billed as China’s ‘magical weapon’ by the programme. More creatively, the tracks and wheels of the vehicle can lift up into the body to reduce fractions with water.