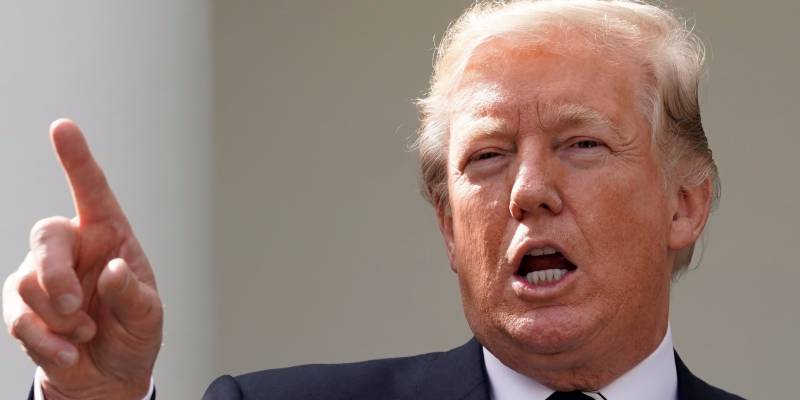 Washington (Reuters): United States President Donald Trump put North Korea back on a list of state sponsors of terrorism on Monday, a designation that allows the United States to impose more sanctions and risks inflaming tensions over Pyongyang’s nuclear weapons and missile programs.

The Republican president, who has traded personal insults with North Korean leader Kim Jong Un but has not ruled out talks, said the Treasury Department will announce additional sanctions against North Korea on Tuesday.

The designation came a week after Trump returned from a 12-day, five-nation trip to Asia in which he made containing North Korea’s nuclear ambitions a centerpiece of his discussions.

“In addition to threatening the world by nuclear devastation, North Korea has repeatedly supported acts of international terrorism, including assassinations on foreign soil,” Trump told reporters at the White House.

“This designation will impose further sanctions and penalties on North Korea and related persons and supports our maximum pressure campaign to isolate the murderous regime.”

Trump, who has often criticized his predecessors’ policies toward Pyongyang, said the designation should have been made “a long time ago.”

North Korea is pursuing nuclear weapons and missile programs in defiance of U.N. Security Council sanctions and has made no secret of its plans to develop a nuclear-tipped missile capable of hitting the U.S. mainland. It has fired two missiles over Japan and on Sept. 3 fired its sixth and largest nuclear test.

South Korea’s spy agency said on Monday the North may conduct additional missile tests this year to improve its long-range missile technology and ramp up the threat against the United States.

Experts say the designation will be largely symbolic as North Korea is already heavily sanctioned by the United States, a reality that Secretary of State Rex Tillerson seemed to acknowledged while saying it would help dissuade third parties from supporting Pyongyang.

“The practical effects may be limited but hopefully we’re closing off a few loopholes with this,” he told reporters.

The United States has designated only three other countries - Iran, Sudan and Syria - as state sponsors of terrorism.

Some experts think North Korea does not meet the criteria for the designation, which requires evidence that a state has “repeatedly provided support for acts of international terrorism.”

In his remarks, Trump remembered Otto Warmbier, the college student from Ohio who died in June shortly after his return from North Korea, where he was held for more than a year.

His death caused outrage in the United States and further inflamed tensions with Pyongyang.

A U.S. intelligence official who follows developments in North Korea expressed concern that Trump’s move could backfire, especially given that the basis for the designation is arguable.

Speaking on condition of anonymity, the official said Kim could respond in a number of ways, including renewing missile or nuclear tests in “a very volatile environment.”

In any case, it will do little to open the way for U.S. dialogue with North Korea, which China - Pyongyang’s main ally - and others have been pushing for.

“I don’t see how this helps, and it might just be an important miscalculation,” said Robert Gallucci, the chief U.S. negotiator during the 1994 North Korean nuclear crisis.

In February, plans for talks in the United States between former U.S. officials and North Korea were scrapped when the State Department denied a visa for a top envoy from Pyongyang after the murder of Kim’s half brother, Kim Jong Nam, in Malaysia.

North Korea was put on the U.S. terrorism sponsor list for the 1987 bombing of a Korean Air flight that killed all 115 people aboard. But the administration of former President George W. Bush, a Republican, removed Pyongyang in 2008 in exchange for progress in denuclearization talks.