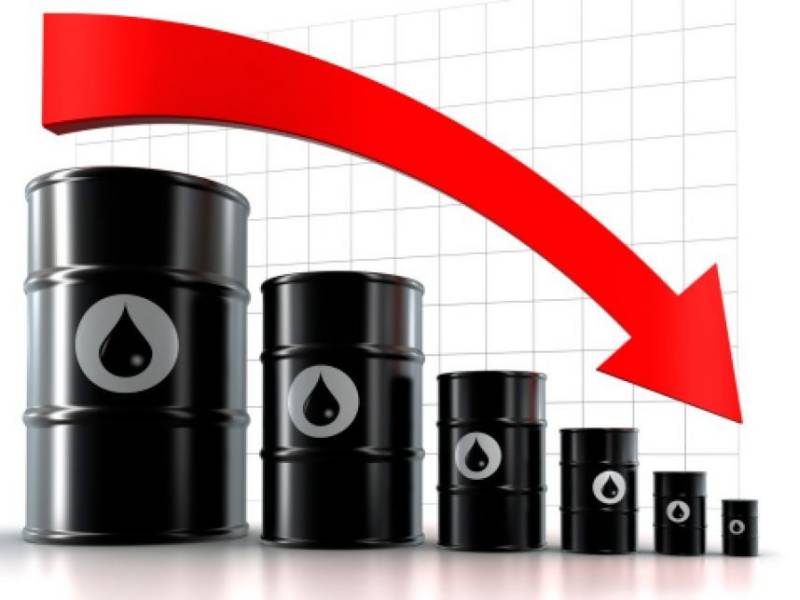 Los Angeles (Reuters): Oil prices fell 0.8 percent on Monday, extending recent weakness ahead of next week’s OPEC meeting, while a rally in the dollar hurt commodities across the board.

The Organization of the Petroleum Exporting Countries, together with a group of non-OPEC producers led by Russia, has been restraining output since the start of this year to try to lower global inventories and support prices.

The deal is due to expire in March 2018, and OPEC meets on Nov. 30 to discuss the policy. The expectation is for the group to extend the cut agreement to cover the whole of next year.

“It is widely believed that OPEC together with 10 non-OPEC countries will roll over their production for the whole of 2018, although Russia is holding its cards close to its chest,” PVM Oil Associates strategist Tamas Varga said.

Still the continued increase in U.S. crude production is a cause of concern for OPEC, and Gene McGillian, manager of market research at Tradition Energy in Stamford, Connecticut, says U.S. producers have ramped up output following recent rallies in crude prices.

“The market is growing concerned about U.S. production,” said McGillian, “There are expectations we can see close to 10 million barrels a day within 3 to 6 months.”

The dollar’s move higher overnight hit commodities, including oil. The U.S. currency strengthened against the euro after news that Germany has been unable to form a coalition government, adding to political uncertainty in the European Union. The dollar gained 0.4 percent against the euro.

Oil often moves inversely to the dollar, because oil is transacted in the dollar, and a stronger dollar theoretically makes oil more expensive for global buyers. The relationship is not consistent, but sharp reactions in the dollar can affect commodities, and vice versa.

Current high levels of speculative interest in oil may have also contributed to the move lower. CFTC data last week showed a record level of long positions in RBOB gasoline futures as well, for an overall heavy speculative position in energy contracts.

“Because of those positions, we were vulnerable to profit taking, and people started to get out when the dollar took off,” said Phil Flynn, analyst at Price Futures Group in Chicago.

Zachary Rogers, refining and oil markets research analyst at Wood Mackenzie, said if the line is built the biggest winners will likely be Alberta’s oil companies.