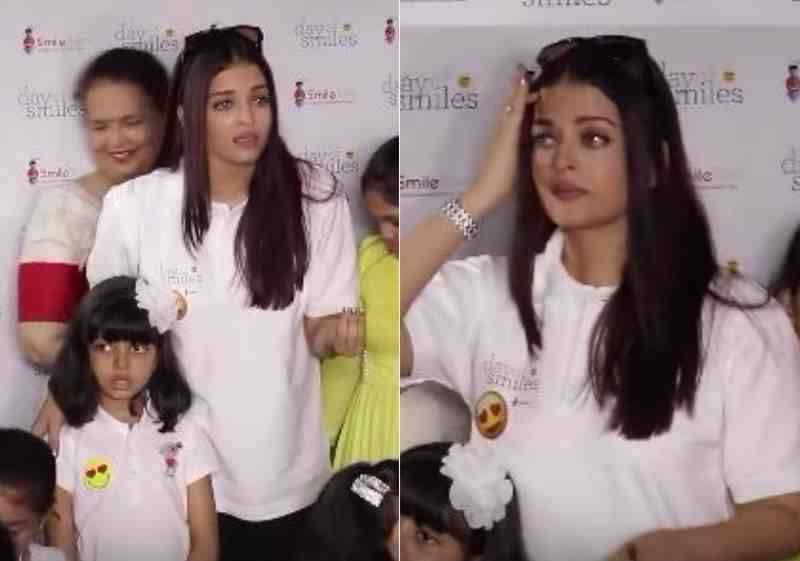 New Delhi (Web Desk): Renowned Indian Aishwarya Rai along with her daughter Aaradhya and mother visited a children’s hospital to honour her late father. The former Miss World’s father had passed away earlier this year and adored children. In memory of his birth anniversary, Aishwarya opted to sponsor cleft surgeries for about 100 children, reported PinkVilla. The international media reported that the actor was present at an NGO where she met many children born with cleft lips and motivated them to pursue their dreams. She also cut a cake with them, however, the paparazzi present there caused some commotion. Aishwarya requested them to stay calm as there were many children present. Aishwarya pleaded, “Please stop it. You guys don’t know the work. This is not a premiere. This is not another public event. Please show some respect guys. What’s wrong with you all?” The situation took a chaotic turn and after repeatedly asking them to stop, the Guru actor was left in tears.