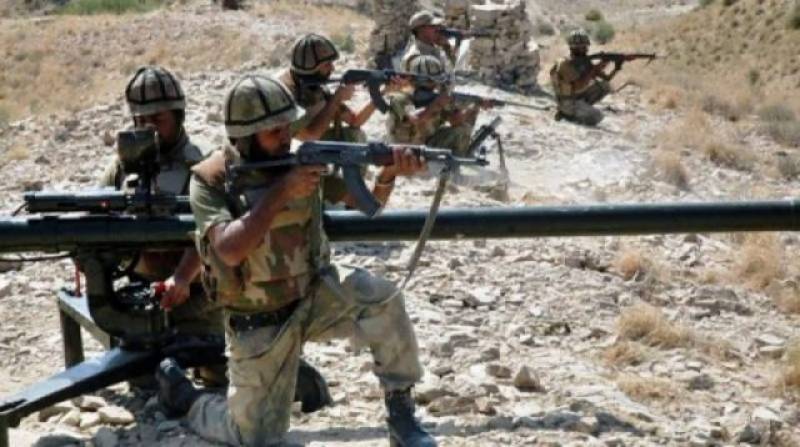 Quetta (Staff Report): A security personnel was martyred and three others were injured in an exchange of fire with suspected terrorists in Balochistan's Turbat area on Tuesday.

According to security sources, two suspected terrorists were also killed in the incident.

Tuesday's incident has taken place in the same area where twenty bullet-riddled bodies were found over the past week.

A search operation is underway for suspects who escaped from the site shortly after the exchange of fire.

Two days after the Frontier Corps (FC) Balochistan and Deputy Inspector General (DIG) of Police Quetta announced a search operation, 18 abducted persons have been recovered, out of which 16 are reported to be foreigners.