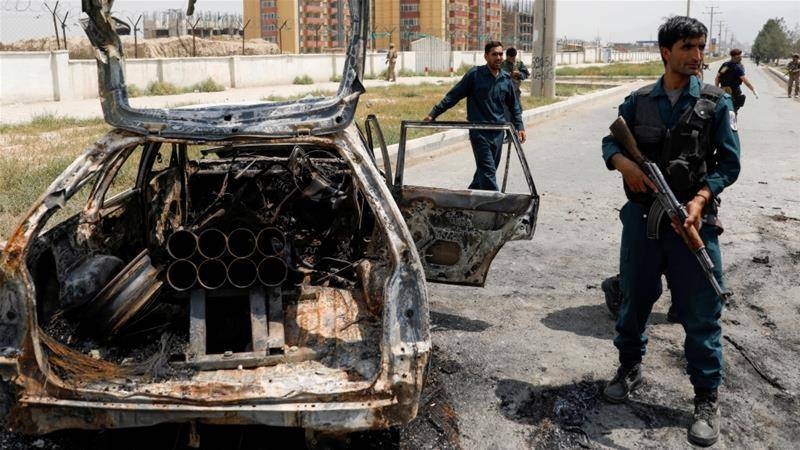 Kabul (Web Desk): The death toll in Kabul rocket attacks raised to 8, while 31 others were wounded after multiple rockets landed in various parts of Kabul on Saturday morning just one hour after two IED explosions in the city, the Interior Affairs Ministry said.

The ministry said 23 rockets were fired on different parts of Kabul.

The rockets landed in Wazir Akbar Khan and Shahr-e-Naw areas in downtown Kabul, Chahar Qala, the Traffic Roundabout, the Gul-e-Surkh Roundabout in PD4, Sedarat Roundabout, the Spinzar Road in the center of the city, near the National Archive road in PD2, and in Lysee Maryam market and Panjsad Family areas in the north of Kabul, according to the ministry.

The rockets landed in various parts of Kabul a few minutes after two explosions happened in Chehel Sutoon and Arzaan Qeemat areas.

Most of those who were wounded in the rocket attacks were taken to Emergency Hospital in Shahr-e-Naw area in Kabul.

Taliban denied involvement in the attack.