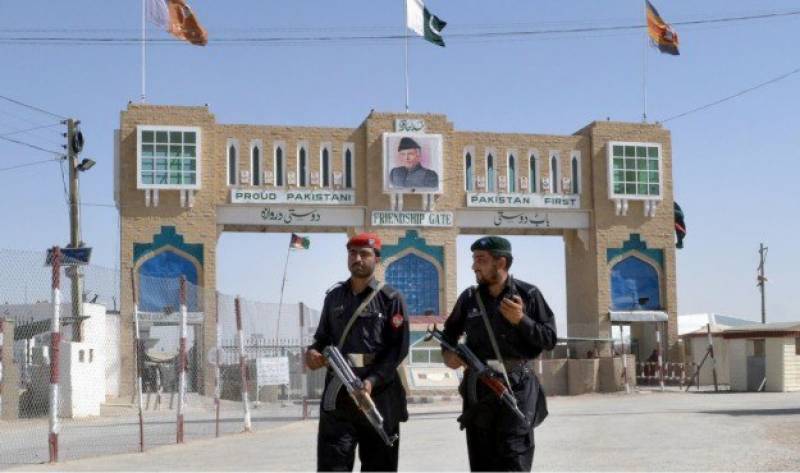 Quetta (Staff Report/Agencies): Pakistan on Monday conditionally reopened its border with Afghanistan in Balochistan province after more than a week’s closure.

The border crossing — known as Friendship Gate — was closed last Sunday after unidentified armed men opened fire on the Pakistani security troops from inside Afghanistan, martyring an FC soldier and injuring another two on November 13. Hundreds of trucks containing goods were stuck waiting on both sides of the border due to closure.

However, after talks in multiple flag meetings, the authorities from both sides agreed to reopen the border today. In the latest emergency flag meeting, they also agreed to foil subversion and deploy unarmed personnel from both countries.

The security forces personnel of Pakistan and Afghanistan shook hands after the reopening of the border crossing. Both nations’ civil and military border forces have agreed to reopen the Chaman border for all types of trade and communication.