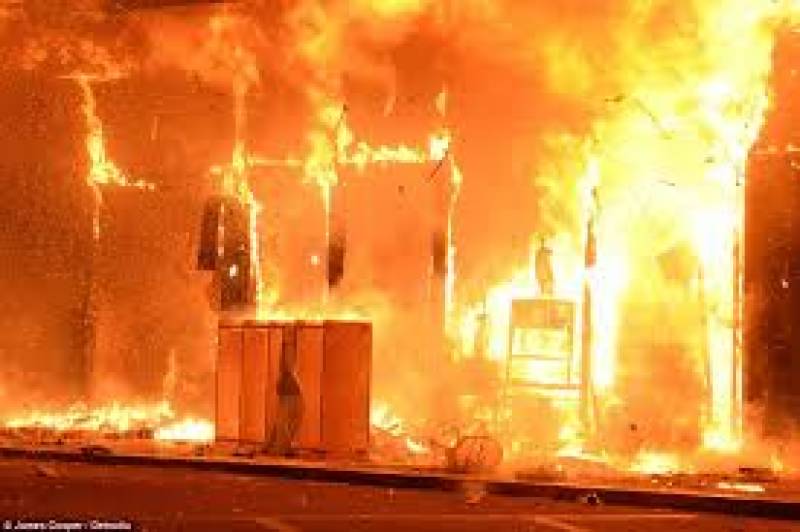 Lahore (Staff Report): A fire erupted in a furniture market on Friday night near the city's Kharak Nala area, leaving at least a dozen shops destroyed.

The rescue officials reported that following prompt action on the part of nine fire brigade vehicles, blaze has been under control and luckily, there was no casualty in the incident.

Authorities at the scene revealed that the fire was caused by a short circuit, which spread to surrounding shops quite rapidly due to the nature of the market.

They told that most of the furniture that was in the shops at the time of fire has been burnt to the ground.