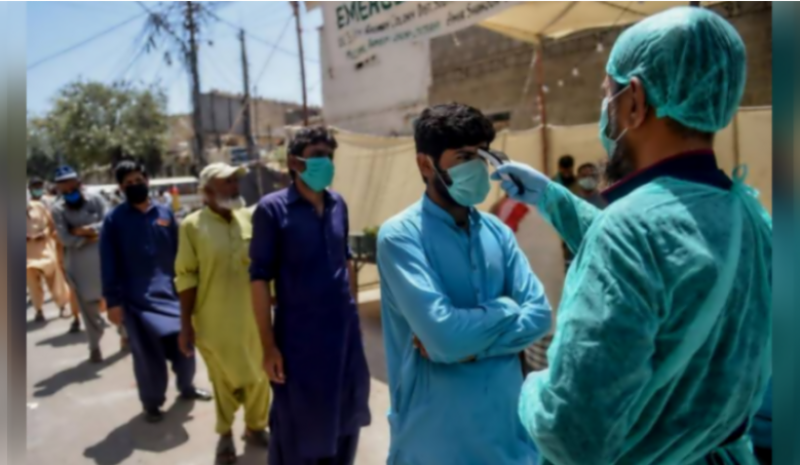 Lahore/Quetta/Karachi/Peshawar (Staff Report/Agencies): The number of confirmed COVID-19 cases in Pakistan rose to 1,266,826.on Thursday after 622 new cases surfaced in the country during the last 24 hours.

As per the National Command and Operation Centre (NCOC) data, 44,334 tests were conducted in last 24 hours while positivity ratio remained 1.40%.

According to the government's COVID-19 portal, the death toll related to coronavirus has reached to 28,328 with 16 fatalities reported during the last 24 hours.

Over the last twenty four hours, total number of recovered COVID-19 patients across the country reached 1,213,799 after another 1,112 virus recoveries were reported.

Meanwhile, Federal Minister for Planning and Development Asad Umar has stressed the need for meeting the vaccination targets to avoid the 5th wave of COVID-19.

In a tweet on Thursday, the minister said if a large number of people remain unvaccinated, we remain vulnerable despite sharp decline in cases. He added that the second dose is vital for protection against COVID-19.

Asad Umar said that best vaccination progress has been reported in Islamabad, Peshawar, Gilgit and Mirpur while the progress is good in Skardu, Charsadda and Sargodha.

It is pertinent to mention that the global coronavirus cases have reportedly surpassed 242.904 million and death toll tops 4,939,739.